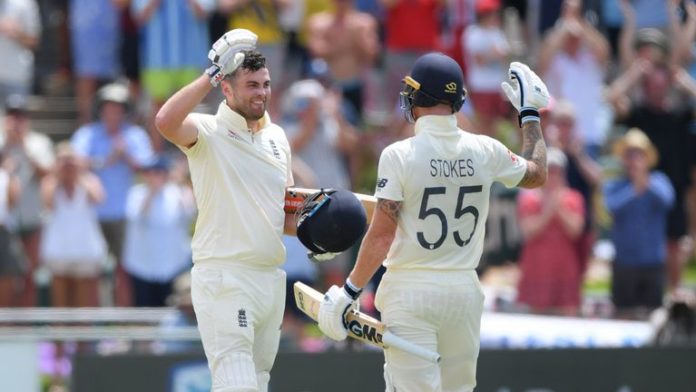 That was up for discussion on the latest episode of The Cricket Debate, with former England batsmen Alec Stewart and Vikram Solanki assessing South Africa’s chances of pulling off the unthinkable in the second Test against England in Cape Town.

Listen to The Cricket Debate below or download here…

“I can’t see it happening,” said Stewart. “Sure, records are there to be broken, they’ve got players that have batted long in the past, but history says they’re not going to do it; I’d be absolutely staggered if South Africa get close.

“If South Africa go into lunch having only lost one more wicket – the night-watchman – I don’t see them winning the game, but they’ll have belief that they can maybe save the game.

“But England must be favourites. They may only have got two wickets, but they’ve had a very good day. They are bossing the game.

“Can they get early wickets in the first hour tomorrow morning and then get that second new ball to count and really ram it home? England have to do everything they can to get those eight wickets and get it back to 1-1 in the series.”

Solanki agreed with his former Surrey and England team-mate, adding: “Just the fact that it is a world-record chase, the pressure they’re going to be put under, I think it’s going to be very difficult.

“The only chance is if someone like Quinton de Kock absolutely plays out of his skin and has someone stay with him, like Faf du Plessis or Rassie van der Dussen.

“Tomorrow, England need James Anderson to start where he left off – the ball reversing – and Dom Bess to stay consistent, work in an area and put the South African batsmen under pressure.

“All wrapped up before tea.”

Also on The Cricket Debate, Stewart and Solanki discussed…

Watch day five of the second Test between South Africa and England, live on Sky Sports Cricket from 8am on Tuesday.