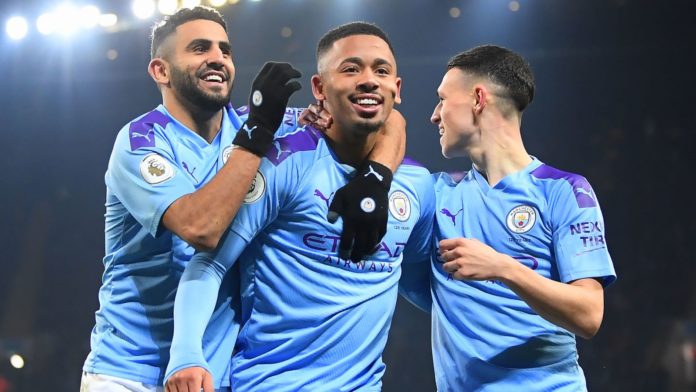 Defending champions Manchester City will face Fulham in the FA Cup fourth round.

The Cottagers defeated Premier League side Aston Villa in the last round but will be looking to pull off an even more impressive result at the Etihad.

Liverpool have been drawn away to the winners of the third-round replay between Bristol City and Shrewsbury.

Jurgen Klopp’s youthful side saw off Merseyside rivals Everton in the last round and they may be given the opportunity to impress again later in the month.

Leicester, second in the Premier League and already targeting silverware after reaching the semi-finals of the Carabao Cup, face a tough trip to in-form Sky Bet Championship outfit Brentford.

Chelsea will also face Championship opposition after being drawn away to Hull City.

Arsenal beat Leeds 1-0 on Monday night in the final match of round three to set up a trip to play Bournemouth at the Vitality Stadium.

Burnley face Norwich in another all-Premier League tie, while two more could be formed depending on how the third-round replays pan out.

Watford let slip a three-goal lead to draw 3-3 with League One side Tranmere at the weekend, and the winners of the replay will face either Manchester United or Wolves. Should both Watford and Wolves progress, it will set up a re-run of last season’s semi-final clash.

Tottenham struggled to a 1-1 draw at Middlesbrough on Sunday but a win in the replay would also see them travel to the south coast to play Southampton.

Burnley vs Norwich, with the two sides putting their league travails to one side as they beat Peterborough and Preston, respectively.