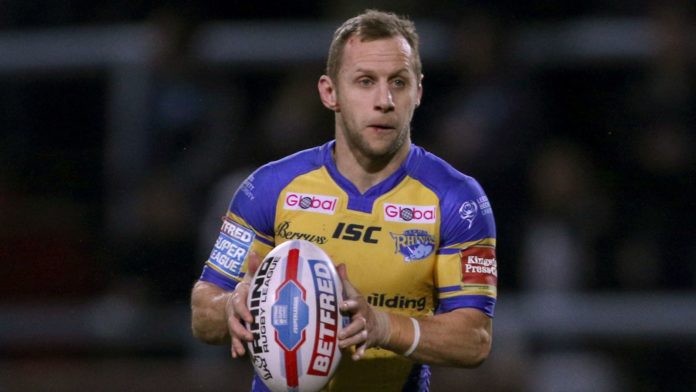 Former Leeds favourite Rob Burrow will return to action after announcing he is set to play in the final stages of Jamie-Jones Buchanan’s testimonial against Bradford on Sunday.

The 37-year-old will roll back the years to play alongside former Rhinos team-mates Buchanan, Kevin Sinfield and Jamie Peacock, with Bradford also set to field some of their former greats to close the match at Headingley.

Buchanan’s testimonial is raising money for the Rob Burrow Fund after the former Great Britain international announced that he had been diagnosed with motor neurone disease last month.

Over £200,000 has already generated for the father of three’s young family.

“It will be an absolute honour to take the field one last time with the best of friends & to wear the blue & amber again. See you there,” Burrow tweeted.

Buchanan, who made one cap for Great Britain, ended his trophy-laden 20-year playing career at the end of last season.