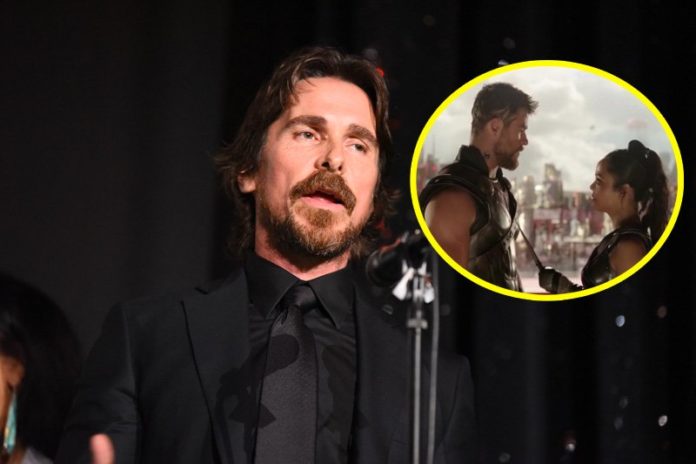 Collider is reporting (and THR confirms) that Oscar-winner Christian Bale (The Fighter, Vice, Ford v Ferrari) is in talks with Marvel Studios to join the fourquel Thor: Love and Thunder! While the outlet has not revealed which character Bale is earmarked to play, he would make an excellent Balder the Brave, and will also prove a grand opportunity to use his proper Welsh accent!

This will mark Bale’s first foray back into the comic book realm after 2012’s The Dark Knight Rises, and the second time a former Batman actor has appeared in the MCU after Michael Keaton’s role as Vulture in Spider-Man: Homecoming.

Which Marvel Comics character should Bale play in the film? Let us know in the comments below!

RELATED: Natalie Portman Talks Return to the Thor Franchise in Love and Thunder

Thor: Love and Thunder will be directed by Waititi (Jojo Rabbit) which will be the followup to his wildly successful 2017 sequel Thor: Ragnarok. Natalie Portman is set to return as Jane and will wield the mighty Mjolnir. Chris Hemsworth and Tessa Thompson will also return as Thor and Valkyrie, respectively. The female Thor storyline is based on Jason Aaron’s run on “The Mighty Thor” in which a cancer-stricken Jane Foster takes up the mantle and powers of Thor.

Thor and Valkyrie were last seen in this year’s highest-grossing film of all time Avengers: Endgame, with the god of thunder entrusting his responsibilities as the King of Asgard to Valkyrie as he joins the Guardians of the Galaxy on their next mission.

Thor: Love and Thunder will arrive in theaters on November 5, 2021.