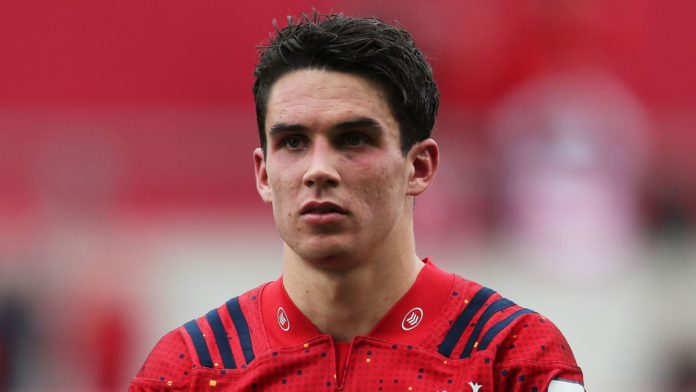 Joey Carbery will undergo surgery on a wrist ligament injury that will rule him out of Munster’s must-win Champions Cup clash against Racing 92.

Carbery sustained the injury in Friday night’s PRO14 game against Ulster and he has now been ruled out for the “immediate future.”

The injury also leaves him doubtful for the start of Ireland’s Six Nations campaign.

Munster are likely to be without their top three fly-halves for Sunday’s Champions Cup encounter in Paris.

Disappointing news for Joey Carbery after it was confirmed he sustained a wrist injury in Friday night’s game against Ulster.

Read the updated squad news ahead of #R92vMUN ⬇️ #SUAF ?

JJ Hanrahan is recovering from a hamstring problem picked up against Leinster, while Tyler Bleyendaal is still sidelined with a neck injury.

Carbery must also wait to see if he will be fit for Ireland’s Six Nations opener against Scotland at the Aviva Stadium on February 1.

Ireland head coach Owen Farrell’s first-choice fly half Jonny Sexton is currently sidelined with a knee injury but is making positive progress, according to Leinster.