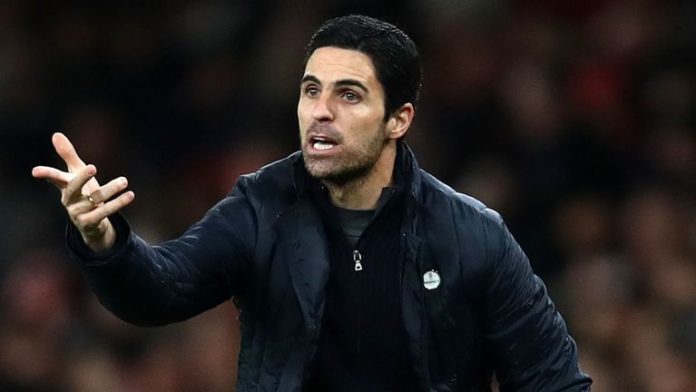 Mikel Arteta compared playing against Marcelo Bielsa’s Leeds United to going to the dentist after Arsenal survived an uncomfortable first half to win 1-0 in Monday’s FA Cup third round tie at the Emirates Stadium.

Reiss Nelson’s 55th-minute goal set up a fourth-round clash away to Bournemouth, but it would have been a different story had Leeds not missed a string of chances earlier in the game.

The Sky Bet Championship leaders overwhelmed the Gunners in the first half, dominating possession and attempting 15 shots – one of which saw Patrick Bamford hit the bar.

The hosts recovered after that, missing chances to extend their lead further after Nelson’s opener, but Arteta spoke glowingly of Bielsa’s side after the game.

“They are a nightmare for every team to play,” he said.

“I said before the game, to play against them is like going to the dentist.

“It’s tough. They make it really hard. They are a great team.

“What they have achieved, to do it consistently every three days with those players, and what they have built there, is powerful.

“You can see it every time you analyse any of their games. It’s exactly like this. It’s top to see that.”

Arteta was far from pleased with Arsenal’s first-half showing, however, admitting he let his players know it during the interval.

“I wasn’t happy at all with the first 30, 35 minutes, how we started the game, how we approached the game,” he said.

“When I see what I don’t want to see, and I’m not talking about technically or even tactically, I cannot be happy and I have to let them know.

“We had to react and we changed some things but I think the biggest change was how we approached the second half, the mentality, how aggressive we were, how intense we were.”

Arteta also said he saw the poor first-half performance coming, suggesting some of his players had taken their feet off the gas after last week’s 2-0 win over Manchester United in the Premier League and warning them that they cannot afford to be complacent in future.

“I think it was a big release for them when they won against Manchester United and they took a little bit of that pressure off,” he said.

“Then your body and your mind try to relax a little bit for one or two days. And now we are not in a position to relax because we are not good enough to relax.

“If we don’t play at that level, we are not good enough.

“I think tonight is a really good lesson for them. They can live the profession and suffer on the pitch like they did for 30 or 35 minutes, or they can enjoy and feel proud of what they do if they play like they did in the second half. It’s their choice.”