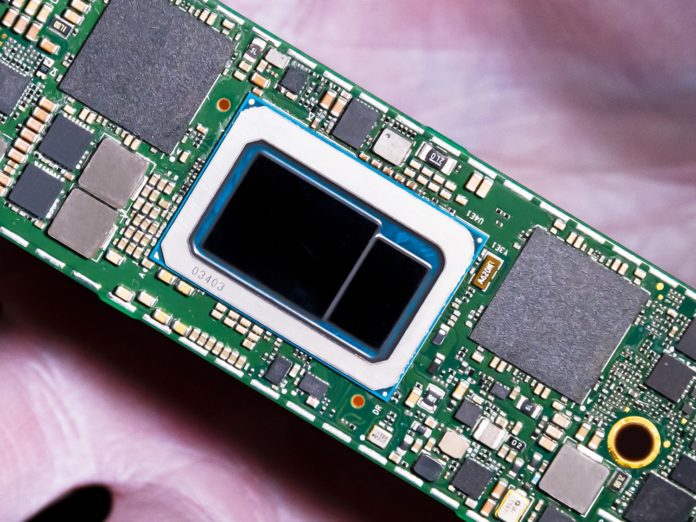 The idea that PCs are dying never held much weight; if anything, despite inroads by the iPad Pro, they’ve solidified their position as the device you turn to when you need to get things done. But where do they go from here? And with Moore’s Law in the rearview how will they continue to improve?

At this year’s CES, Intel is laying out a vision for what PCs might look like, and how they’ll act, going forward. At a glance, it sounds not unlike the future, and present, of smartphones: folding screens, artificial intelligence, and a dollop of Chrome.

The most immediate of those is AI, because it’s already here; Intel’s latest generation of Core processors, called Ice Lake, have begun shipping in PCs with AI-friendly features on board. Primary among these is Intel Deep Learning Boost, which accelerates on-device inference, the process by which algorithms interpret new data based on their training. As detailed at the company’s CES keynote, Intel’s upcoming Tiger Lake chips have the sort of performance gains you would expect—a “double digit” performance boost, Thunderbolt 4 integration, a new graphics architecture—but also a healthy improvement in how it handles AI tasks.

“[Artificial intelligence] is now equivalent and on par with all of the critical aspects of the platform,” says Gregory Bryant, Intel’s general manager of client computing. “It’s a first-class citizen in terms of driving our road map and our innovation, research and development, engineering, our partnership with developers.”

Given how enthusiastically AI gets thrown around, accurately or not, it’s important to have some context as to what all that emphasis will actually accomplish. That’s especially so in the case of AI capabilities at the chip level. After all, you interact with neural networks all the time on your PC already; it’s just that most of that work takes place in the cloud. Bringing it to the device offers all sorts of tangible benefits, even if not entirely transformative ones.

“If you’re going from your device to the cloud and back again, even at the speed of light, in some usages it introduces this lag that is very annoying,” says Roger Chandler, vice president of Intel Architecture, Graphics, and Software. Chandler notes also that running AI on the device means it’s both always available—no network disconnects to slow you down—and more private, since you don’t have to jettison your data to some far-flung server to get things done.

Take Adobe, which showed off its Ice Lake AI implementation on stage Monday. The capabilities have seeped across its software suite for creative tasks, speeding up everything from intelligent object selection to color matching to reframing a video. “We can use accelerated inference and machine learning, these algorithms, to do things that used to take minutes or longer in seconds,” says Gregory Bryant, Intel’s general manager of client computing. “The software can now make these usages possible automatically.”