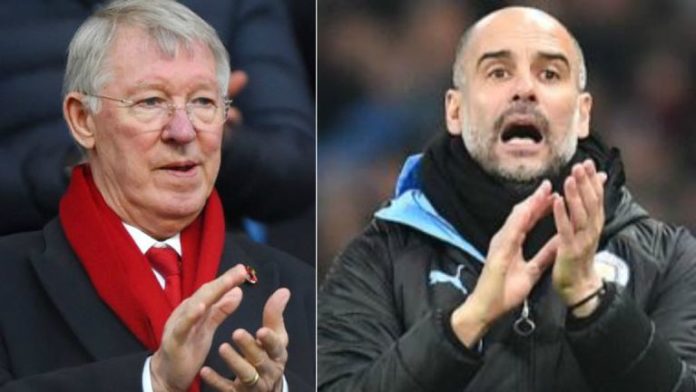 Guardiola, the Manchester City manager, heads to Old Trafford on Tuesday night where his side will take on United in the first leg of their Carabao Cup semi-final, live on Sky Sports Football.

Ahead of the game, former Tottenham and Leicester striker Gary Lineker sparked a debate on social media when he claimed Guardiola has had the most positive impact on the English game.

Asked if agrees with Lineker, Solskjaer said: “I must say he has had a big, big influence and since he took over at Barcelona I have admired Pep’s teams.

“But I have to say I’ve worked under the most influential one. You do see one of the best managers ever and you can see where he’s taken his wisdom from.

“I’ve had the pleasure of meeting Johan Cruyff back in the day when Jordi was here, and you can see similarities.”

United beat City in the previous Manchester derby – a 2-1 victory at the Etihad in the Premier League back in December – and Solskjaer says his side can use that experience to their advantage on Tuesday night.

“We beat them a month ago so we know that we can beat them,” he added.

“We played a really good game, we had eight, nine,10 quick attacks and could have been three or four goals ahead. You have to beat their press because they are really good at regaining the ball.

Ferguson previously described City as United’s noisy neighbours back in 2009, but since then the blue side of Manchester has become the more dominant force in English football.

Solskjaer acknowledges that his side are behind City at the moment, but maintains that United remain the biggest club in the world.

“It is a different time. When the owners came in at City you knew they were going to go for it,” he said.

“I’m never surprised by anything in football and with what they have done they deserve to be where they are.

“We are still in our own heads the biggest club in the world so of course, we want to get back to where we were. It’s going to take time.

“You have to go for it at this club, that’s what we are here for, to take on the challenges that are given to us.

“We are Man United. We have been up and we’ve been down but we’ve always come back.”