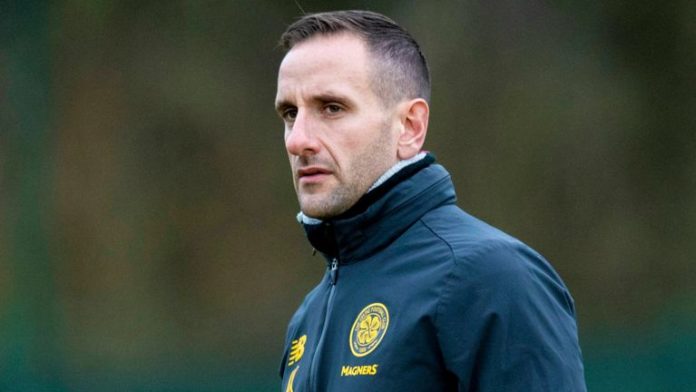 By Charles Paterson in Dubai

Something feels different in Dubai, the site of Celtic’s winter training camp for the fourth successive year.

Perhaps it is the raindrops that briefly fell on Monday as the players warmed up – thunderstorms are forecast here later in the week.

It may, however, be the presence – for the first time – of Rangers in the UAE at the same time. Steven Gerrard’s players gather on Tuesday for their own training bloc, based at the same Nad Al Sheba complex as Celtic. The training pitches are out of sight from one another but, despite being nearly 4000 miles from home, Glasgow’s big two cannot be detached.

Ever since Brendan Rodgers first brought Celtic here in 2017, Dubai has been a happy and relaxed mid-season base for the Scottish champions. The players, many of whom enjoyed a holiday here before congregating, train hard in the mornings and recuperate in the afternoons. While fitness levels remain topped up, the mental break needed from the strain of a frenetic season is welcome.

Despite Aberdeen and Hibernian’s presence in the region at the same time (Aberdeen return here again later this week), Celtic have always given off an air of confident superiority when in Dubai as they recharged their batteries before resuming their domestic dominance. Last year Rangers went to Tenerife in January; this year they have followed Celtic to the Middle East.

Last season the champions rebounded from losing the New Year derby at Ibrox by reeling off eight successive league wins after their training camp which proved too much for Rangers to match in the title race. Defeat in the corresponding fixture at home just over a week ago demands a similar response.

Rangers look stronger this year. Gerrard’s side have bossed the last two Old Firm games with mixed results; in both matches they were livelier and created better chances, but after spurning them at Hampden in the League Cup final they did not make the same mistake twice at Celtic Park.

Have Rangers worked Celtic out? This is the question Neil Lennon and his coaching staff must address. The tightness of this title race has led many to predict the destiny of the Scottish Premiership trophy could be determined by which team gains the most points in the Old Firm league games. The sides meet next at Ibrox on March 15, where Celtic won 2-0 in September.

That day Gerrard failed to attack Celtic’s perceived weaknesses at full-back and the champions strolled to victory. His tactical adjustments since have created unease; Scott Brown was hounded in midfield at Hampden in particular, while James Forrest was a non-factor in both games in December. Rangers may have found a repeatable formula to give the champions problems.

Celtic, naturally, dismiss this theory. “Our level of performance wasn’t quite there, and we didn’t deserve to win the game, there’s no question about that,” says assistant manager John Kennedy.

“Putting that into perspective, it’s one game. The success of the season so far has been terrific – our European campaign, our league form… listen, they were on it, they played very well, we didn’t at all, so it always looks like that.

“There’s a number of areas we know we can improve upon, not just against Rangers, but our whole playing style – what we want to improve upon going into the second half of the season. It’s always good to reflect on it, but the most important thing is to get back on that training pitch; that’s when you get the chance to put things right.”

Celtic seemed jaded last Sunday. Here in Dubai the weariness and tension does not yet appear to have dissipated. Neil Lennon postponed his media interviews on Monday due to unforeseen club business. Instead, Forrest – who has featured in 39 matches this season – spoke to assure all listening he was feeling good about his fitness and where Celtic are at.

He rightly pointed out that Celtic have more points and goals now than they had at this stage a year ago. 11 successive league wins prior to the Rangers defeat point to a staggering consistency; it is a run that Forrest has been at the heart of, even if he has not always been performing at his peak.

He also played 64 times for club and country in 2018-2019; Callum McGregor topped that with 69, and in this campaign he already has 42 games under his belt and the most minutes of anyone in world football.

Both players are superb, tireless professionals, first picks for Celtic and Scotland and key figures in Lennon’s dressing room. How long they and other “un-droppables” such as Kris Ajer, Odsonne Edouard and Scott Brown can sustain their levels of performance will undoubtedly dictate Celtic’s level of success this season.

Edouard is perhaps the most pivotal of them all and Celtic need to find him some back-up this month. His absence in the League Cup final was keenly felt until he came on with half an hour to play and help stem the blue tide.

Lennon has made no secret of the fact he is looking to sign another striker in January to ease the workload on the Frenchman, but finding an ideal candidate will be tricky. Whoever comes in might need to be content with a place on the bench.

A year ago Timothy Weah and Oliver Burke jetted into the Middle East on loan to add a freshness to the Celtic squad; this year there is no suggestion yet of any new faces appearing in Dubai to add some transfer sparkle. There might be more outs than ins at Celtic Park this month, much like across the city – consolidation is usually the biggest priority when you have won eight successive titles.

The biggest advantage Celtic may possess is Lennon himself. He knows what is at stake this season, and what is required, having been over this course many times previously as player and manager. Notwithstanding their financial superiority over Rangers, Celtic also have the ingrained mentality to deal with a championship run-in. They have proved it time and again; Rangers have not.

Lennon was surprisingly restrained in his immediate assessment of the defeat. He is a far more philosophical and laid-back character than in his first spell as a manager, and he has lasted the pace in title races before. He knows it is a marathon, not a sprint. He also curtly pointed out that if his players did not think they had a fight on their hands before, they certainly do now.

The clouds tickling the top of the Burj Khalifa, the world’s tallest building, in some ways symbolise the challenge Rangers pose to Celtic’s dominance. Change is threatening the status-quo in Scottish football – for the first time in many years the champions are being questioned as their biggest rivals sit on their shoulder.

This week may go a long way to helping Lennon find the answers he requires.