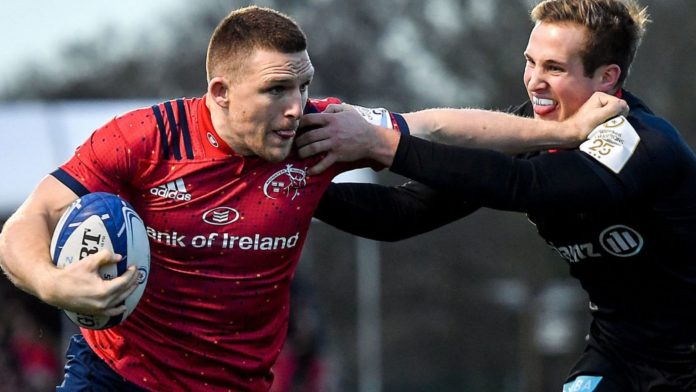 The European Rugby Champions Cup comes back into focus this weekend with several teams still in the hunt for a quarter-final place.

Last season’s runners-up Leinster are the only side already qualified for the knockout stages, and the battle to join them looks set to go down to the wire.

Defending champions Saracens are just one of a number teams in must-win territory.

Leinster were the first team to qualify for the quarter-finals after crushing Northampton in the December back-to-backs.

They maintained their 100 per cent record in all competitions this season with three wins from three in the festive PRO14 derbies, despite Leo Cullen rotating his squad.

Barring an almighty shock, Leinster will head into the quarter-finals as the top seed.

Despite last month’s drubbings by Leinster, Northampton remain in contention for one of the best runners-up spot. Wins over Benetton and Lyon should see Saints through to the last eight.

Exeter have put their previous European struggles firmly behind them. With four wins from four, Rob Baxter’s men are within touching distance of a home quarter-final.

A huge challenge awaits the Chiefs on Saturday. Glasgow are in must-win territory following the home defeat to La Rochelle in round four.

Stuart Hogg can expect a raucous welcome on his return to Scotstoun.

Ulster are another side with four wins in the bank but unlike Leinster and Exeter, top spot is far from guaranteed.

They travel to second-placed Clermont on Saturday in a game that is likely to decide who finishes in pole position.

First place is up for grabs but defeat will not end either side’s quarter-final chances. Victory in round six against already-eliminated English opposition should be enough to secure last-eight berths.

Three teams still have a shout of progressing from this pool, with Saracens’ win over Munster in round four bringing the defending champions back into contention.

Sarries will expect to take maximum points from their trip to Wales to play Ospreys, which would leave Munster requiring a win away to Racing 92 in order to keep fate in their own hands.

A Racing win will confirm their progress, but they would travel to Saracens needing a result in order to book a home quarter-final.

Toulouse are racing away with this pool while the other three fight it out among themselves.

Next up for the four-time winners is a trip to Connacht, who are in win-or-bust territory – and in abysmal form following a festive season to forget.

Gloucester suffered a late collapse against Connacht in their last Champions Cup outing but a home win over struggling Montpellier would keep them in the hunt heading into the final round of pool games.