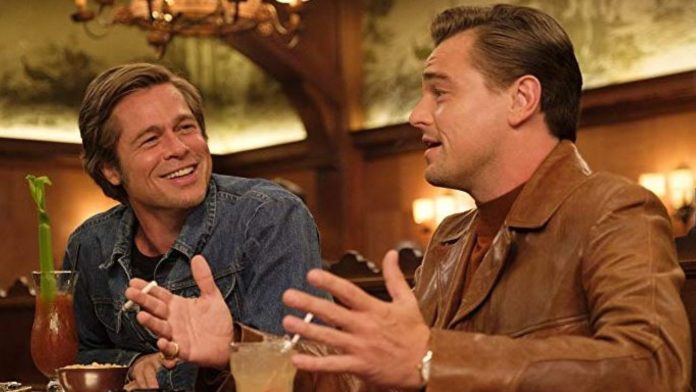 The BAFTA nominations for 2020 have been revealed, with Joker leading the way with 11 nods in total.

The Irishman is also nominated for best film and best director, with Al Pacino and Joe Pesci both in the running for best supporting actor. However, as with the Golden Globes, star Robert De Niro is a notable omission in the best actor category.

And this year’s nods have once again led to awards ceremony criticism over lack of diversity – all the nominated actors are white, and there are no women filmmakers shortlisted for best director or best film.

BAFTA chief executive Amanda Berry said it was “disappointing” and that the organisation is “not going to stop pushing”, while Marc Samuelson, chair of BAFTA’s film committee, said it was “infuriating” but pointed out that female nominations are “rising every year”.

However, the film did score nominations for its stars, Scarlett Johansson and Adam Driver.

In the leading actress category, Johansson is up against Jessie Buckley for Wild Rose, Saoirse Ronan for Little Women, Charlize Theron for Bombshell and Golden Globe winner Renee Zellweger for Judy.

In the supporting actress category, Robbie scored two nominations – with one for her role in #MeToo drama Bombshell as well as Once Upon A Time… In Hollywood. She will be up against Laura Dern (Marriage Story), Florence Pugh (Little Women) and Johansson, who earns her second BAFTA 2020 nod for her performance in Nazi satire Jojo Rabbit.

Following his Golden Globe win, there is a nomination for British star Taron Egerton for his performance as Sir Elton John in Rocketman. As well as DiCaprio and Phoenix, he will be up against Driver (Marriage Story) and Jonathan Pryce (The Two Popes).

Alongside Pacino, Pesci and Pitt, the supporting actor nominees are Tom Hanks for A Beautiful Day In The Neighborhood and Sir Anthony Hopkins for The Two Popes.

And in the best director category, Phillips, Scorsese and Tarantino are up against Sam Mendes for 1917 and Bong Joon-Ho for Parasite – meaning that once again, as with the Globes, contender Greta Gerwig (Little Women) and other female directors have been left out.

Mendes’ 1917 is also nominated in the outstanding British film category, up against Rocketman, Bait, Sorry We Missed You and The Two Popes.

“I think the best film category and the best director category are extremely fiercely fought this year,” he said. “I mean, Greta Gerwig – she’s been been nominated this year for adapted screenplay, but that doesn’t disguise the fact there are no female directors in the directors category.

“But I think it’s worth pointing out there are 13 female directors nominated across all our nominations, including Lulu Wang for The Farewell and also the director for Frozen 2.”

Mr Samuelson said “there are some good signs” and that nominations are “up to about 36% female”, which had “pretty much doubled over the last couple of years”.

He continued: “Keep going on that and maybe in another couple of years we are over 40% and are heading towards parity, which would be great.

“It doesn’t take anything away from the issue in the acting categories but nonetheless it’s something and things are moving.”

This year’s BAFTA ceremony will be hosted by Graham Norton on Sunday 2 February.