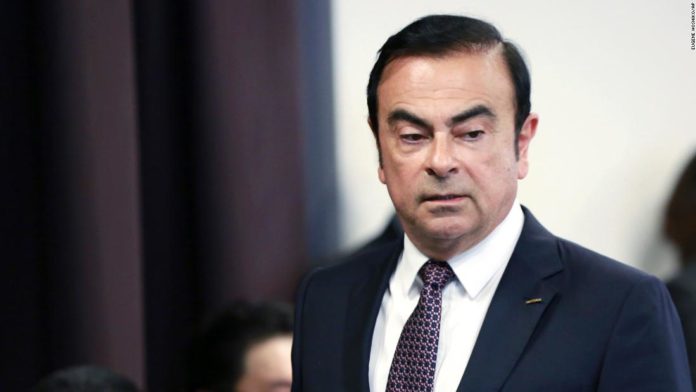 In its first public statement since Ghosn fled Tokyo last week, Nissan said it still plans to hold the former chief executive responsible for “serious misconduct,” including allegations that he under-reported his income and used company assets for personal benefit.
“The company will continue to take appropriate legal action to hold Ghosn accountable for the harm that his misconduct has caused to Nissan,” the statement said.
Ghosn was arrested in Tokyo in late 2018 on suspicion of financial misconduct, leading to his ouster from atop Nissan (NSANF) and its automotive alliance with Renault (RNLSY) and Mitsubishi Motors. Ghosn has repeatedly denied the charges, claiming that his arrest was part of a plot to remove him from the empire he built.
He was under strict bail conditions in Tokyo when he made an audacious escape to Lebanon last week. He is already using his newfound freedom to rail on Japan’s criminal court system, which boasts an incredibly high conviction rate, and which he claims had held him “hostage.” He has promised to communicate “freely” with journalists about his plight.
Nissan called Ghosn’s escape “an act that defies Japan’s judicial system.”
The company said consequences of the former auto executive’s misconduct “have been significant,” pointing out that he was probed by the United States, and adding that investigations in France are ongoing.
In September, Ghosn agreed to pay $1 million to the US Securities and Exchange Commission to settle allegations that he concealed compensation received from Nissan. The SEC’s lawsuit was a civil matter, unlike the criminal charges he faces in Japan. He did not admit to any wrongdoing as part of the settlement.
Nissan said it will continue to cooperate with judicial and regulatory authorities wherever necessary.
— CNN’s Yoko Wakatsuki contributed to this story.