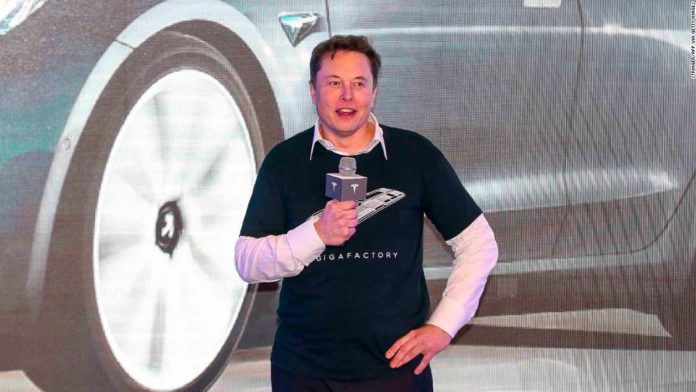 Speaking at a ceremony to mark the first deliveries, Musk announced that Tesla will also make the Model Y, its lower-priced SUV, at its new Shanghai factory, and plans to open a design center in China with the aim of creating an “original car” for sale in markets around the world.
“Ultimately the Model Y will have more demand than probably all of the other cars of Tesla combined,” he said.
The company will increase its investments in China to make the Model Y, and other future models, he added.
After Musk danced onto the stage at the ceremony in the Shanghai factory, 10 Chinese owners of Model 3 cars walked on, received car keys from the CEO, posted for photographs with him, and then took delivery of the cars on site.
During his speech, Musk said it would be “super cool” to open a design center in China and create original Tesla cars in the country to sell to the world.
“I think this would be very exciting. I think China has some of the best art in the world. And I think it’s something that would be appreciated on a worldwide basis,” he added. “I think it should be done, and we’re going to do it.”
Musk also thanked the Shanghai city government for its help in the rapid completion of the factory.
Tesla (TSLA) broke ground on the factory about a year ago, and finished the plant in about 10 months. The company has been taking orders for Shanghai Model 3s since October 25.
Last Monday, the first batch of cars were delivered to some Tesla employees in Shanghai.
Days later, Tesla slashed the starting price of its Shanghai-made Model 3 sedan to 323,800 Chinese yuan ($46,650) from 355,800 yuan ($51,260). With government subsidies, the cost could drop to as low as 299,050 yuan ($43,080).
Tesla built the Shanghai factory to grow its business, pump out more cars and better target Chinese customers. The facility could also push production costs lower.
Tesla isn’t new to the Chinese market — it’s been delivering cars there since 2014, when Musk flew to Beijing and personally handed over the keys to Tesla’s first Chinese customers.
But Musk has touted the new Shanghai factory as a “template for future growth.” The company has said it wants to eventually make 500,000 cars a year in Shanghai. Its current capacity is 3,000 Model 3s a week, Tesla said in a post on Weibo on Tuesday.
It’s also the first Tesla production plant built outside the United States. Musk recently announced that the company has plans to build another one in Berlin, taking the fight for the future of autos onto the home turf of Germany’s Volkswagen, BMW and Mercedes.
— CNN Business’ Sherisse Pham and Jill Disis contributed to the report.