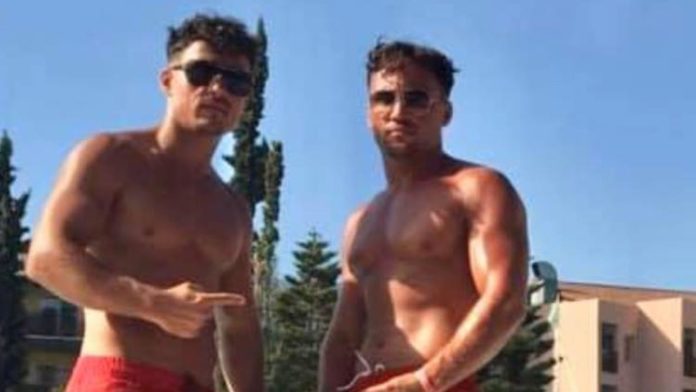 Twin brothers who died next to each other were found in a country lane after a relative discovered a suicide note, an inquest has heard.

Billy and Joe Smith, who appeared in the Channel 4 reality TV series My Big Fat Gypsy Wedding in 2014, were found near Sevenoaks, Kent, on the morning of 28 December.

At the opening of the inquest into their deaths on Tuesday, senior coroner Roger Hatch, sitting at north west Kent coroner’s court in Maidstone, was told: “I understand the circumstances to be that a call to police was made by a family member having discovered a suicide note.”

No family members attended the short hearing and no date was set for the full inquest.

The twins were both tree surgeons and had celebrated their 32nd birthdays around two weeks before they died.

Joe was a father of two and leaves behind his wife, Charmaine Smith, while Billy was single, the inquest was told.

They have been remembered as brothers who “came into this world together and went into the next together” in a Facebook memorial page.

Paddy Doherty, one of My Big Fat Gypsy Wedding’s biggest names and winner of Celebrity Big Brother, said the deaths of the “two good-looking boys” were a “terrible tragedy” in a video tribute.

He sent his wishes to the family and said: “I’m very, very sorry for their troubles, at the start of the New Year as well.”

Other tributes on the memorial page, which has more than 4,500 followers, said it was “just heartbreaking two beautiful young souls gone too soon” and wished the pair would “both rest in gods home in heaven in eternal peace”.

Kent Police said they were called at 11.34am on 28 December after the bodies were found in woodland in Dibden Lane, Sevenoaks.