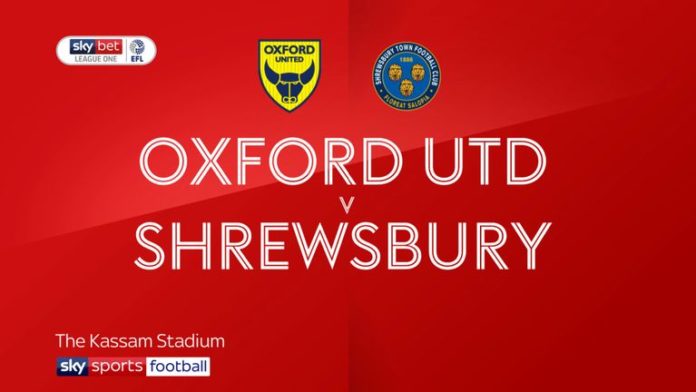 Oxford United manager Karl Robinson has been issued with a one-game touchline ban for using abusive language towards a match official.

Robinson was charged with a breach of Football Association Rule E3 last month in relation to his conduct after the club’s League One clash with Shrewsbury.

The former MK Dons and Charlton manager was critical of referee Craig Hicks’ performance in his post-match interview after the goalless draw at the Kassam Stadium on December 9.

An FA statement read: “Karl Robinson has been suspended from the touchline for one match with immediate effect and fined £4,000 after a breach of FA Rule E3 was found proven by an independent Regulatory Commission.

“The Oxford United FC manager denied that his behaviour and/or language towards a match official following the end of a fixture against Shrewsbury Town FC in the EFL League One on Saturday 7 December 2019 was threatening and/or abusive and/or insulting and/or improper.

“The independent Regulatory Commission found the charge proven on the basis that Mr Robinson’s conduct was insulting and improper.”