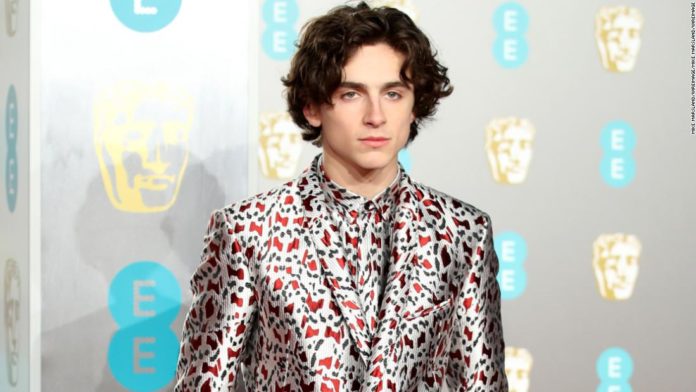 Negotiations are underway with Chalamet, currently starring in “Little Women,” and will next do the play “4,000 Miles” in London, the publication reports. The actor’s schedule this year also includes the Wes Anderson-directed “The French Dispatch.”
The Dylan movie will focus on the period when the American songwriter in 1965 traded his folksy sound and acoustic guitar for an amp and an electric guitar and completely changed his sound.
Dylan himself is consulting with Mangold on the film, which is untitled but has been referred to as “Going Electric,” Deadline reports.
It is unclear if Chalamet will sing or play guitar.
Mangold is a hot ticket in Hollywood right now. His “Ford v Ferrari” crossed the $100 million domestic gross mark and $200 million worldwide.
Searchlight acquired the Dylan project after HBO lost it following an executive shakeup, Deadline reports.
The movie will be produced by Dylan’s longtime manager, Jeff Rosen, along with Veritas Entertainment, and Mangold, among others.