Home Culture Yael Stone is giving up her US green card to fight a... 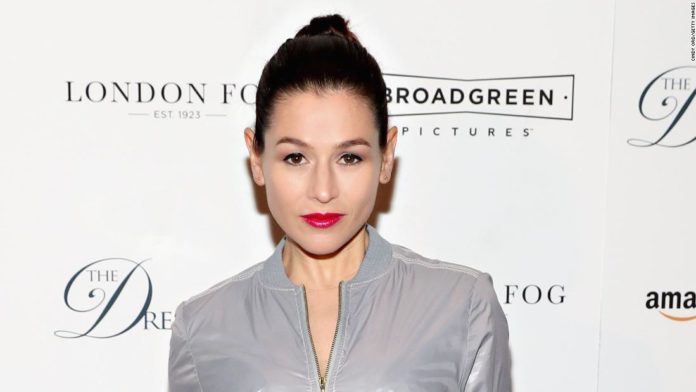 Stone, who has worked in both countries and starred as inmate Lorna Morello throughout the Netflix show’s six-year run, said the bushfires tearing through Australia motivated her to make the decision.
Having a US green card allows the holder to live and work in the United States on a permanent basis.
But the actor said it was time to make “sacrifices,” adding that her decision to remain in Australia was made after a “long, considered process.”
Stone said it is “unethical for us to set up a life in two countries knowing what we know.”
“The carbon emissions alone from that flying, it’s unethical, it’s not right,” the actress said in a video posted on Twitter Tuesday.
“So I will be going through the process of giving up my green card and saying goodbye to a life in America. I’m going to be here in Australia doing the work I can to make a difference here, because the time is now.”
Stone added: “This is war — and we’ve only got 10 years, so let’s make these sacrifices, let’s make these changes, let’s put some skin in the game and say, ‘yeah, I care and this is what I’m going to do about it.’ This is just the beginning from me,” she said.
Large swathes of Australia have been devastated by months of deadly wildfires that have turned skies blood red, blanketed major cities with thick plumes of smoke and left hundreds of millions of animals dead.
“Our country is on fire,” Stone said in an earlier video posted on Instagram, as she launched a blistering attack against Australian leader Scott Morrison’s climate change policies.
“Cold, calculated nothing. We don’t have leaders, we have cowards,” she added.
“We have to step up because this is war. This is a climate war. And for the first time, our enemy is not wearing a uniform that we’ll be able to recognize. Our enemy is our own behavior.”
Since her breakout on the Netflix prison drama, Stone has taken roles in both Australia and the United States, including her stint on HBO comedy “High Maintenance.”
UN experts say the planet will reach the crucial threshold of 1.5 degrees Celsius (2.7 degrees Fahrenheit) above pre-industrial levels by as early as 2030, precipitating the risk of extreme drought, wildfires, floods and food shortages for hundreds of millions of people.
Scientists also agree that climate change has worsened the scope and impact of natural disasters like the fires affecting Australia. Weather conditions are growing more extreme and, for years, the fires have been starting earlier in the season and spreading with greater intensity.
Several high-ranking emergency service officials, including the former commissioner of the NSW Fire and Rescue Department, sent letters to Morrison in 2019 warning of the impact of the climate crisis on Australia.
In response, Morrison emphasized a commitment to reduce carbon emissions — but also said he would stick to “sensible” policies, and that there wasn’t “a single policy, whether it be climate or otherwise,” that can completely protect against the fires.