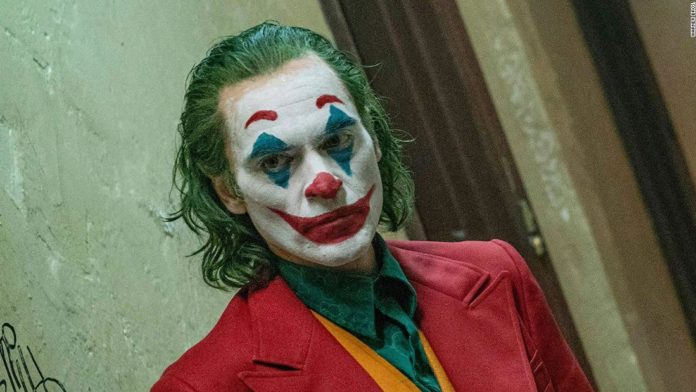 Not a single person of color features out of the 18 people nominated across the four leading and supporting actor and actress categories in the UK’s prestigious BAFTA (British Academy of Film and Television Arts) Film Awards this year.
“Joker” star Joaquin Phoenix — who won a Golden Globe for best actor in a drama film on Sunday for his role in the dark origin story of the comic book villain — joins Leonardo DiCaprio, Adam Driver, Taron Egerton and Jonathan Pryce in the leading actor category.
Jessie Buckley, Charlize Theron, Scarlett Johansson, Saoirse Ronan, and Renée Zellweger — who took home a Golden Globe on Sunday — all received nods for leading actress.
Johansson was also nominated for best supporting actress for her role in “Jojo Rabbit.”
Margot Robbie received two nominations for supporting actress — one for her portrayal of Sharon Tate in “Once Upon a Time… in Hollywood,” and another for “Bombshell.”
Marc Samuelson, chairman of BAFTA’s film committee, acknowledged the lack of diversity in this year’s nominations.
“Clearly everybody knows that everybody in the four acting groups of nominees are white, it’s infuriating, we can’t make the industry do something, all we can do is encourage and push and inspire and try to help people coming in at the bottom end,” Samuelson told PA Media news agency.
“Joker” led the nominations, being shortlisted in 11 categories, including best film, best director and leading actor.
Martin Scorsese’s epic mob movie “The Irishman” and Quentin Tarantino’s “Once Upon a Time… in Hollywood” both received 10 nominations.
Scorsese, Tarantino, Sam Mendes, Todd Phillips and Bong Joon-ho have all been nominated in the director category — which features no women.
The lack of gender diversity has also been addressed by executives following the nominations.
Amanda Berry, BAFTA chief executive, said she was “disappointed” at the lack of gender diversity in the nominees list, but added it was “not to take anything away from the people who have been nominated.”
Berry told PA : “We do have 13 directors nominated who are females across other categories… and this is what gives me joy and hope actually, six female directors in the shorts category and that is the category where we are really seeing talent at the start of their career and they are the industry of the future, but we are going to do more, we are not going to stop pushing.”
The awards ceremony, which is seen as an important indicator for the Oscars, will be held on February 2.