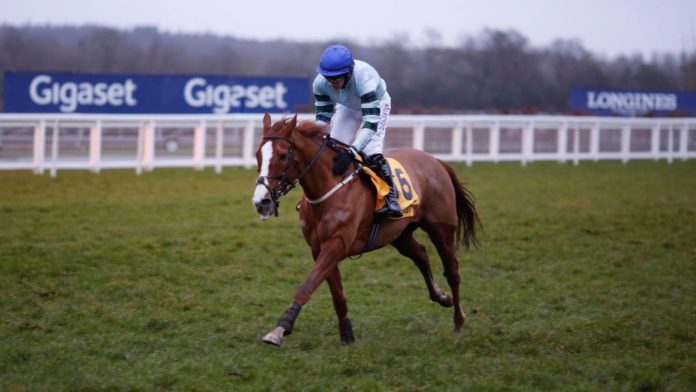 Not So Sleepy remains on course to land a lucrative bonus at Newbury next month after featuring among 56 entries for the Betfair Hurdle.

Hughie Morrison’s charge turned the usually-competitive Betfair Exchange Trophy into a procession at Ascot last month, with his nine-length demolition job earning him a 17lb hike in the weights to a revised mark of 144.

Morrison immediately nominated the Champion Hurdle at Cheltenham as a potential target, but he could first contest the £150,000 Betfair Hurdle on February 8 – where he would also collect a £100,000 bonus from the race sponsors for doing the big handicap double.

“We have put Not So Sleepy in the Betfair Hurdle and we are going to think about it,” said the East Ilsley-based trainer.

“I realised there was an extra £100,000 in the pot before I entered him in the previous race. The Champion Hurdle is not the strongest race at the moment, but the Betfair Hurdle bonus definitely pushes us towards thinking about Newbury.

“Some people were quite rude about his jumping, but I thought he was pretty slick actually at Ascot. We will let the dust settle, discuss it over the next couple of weeks and see how we are going.

“He went up 17lb, which is a lot, but you can’t complain. When you win a big handicap by that margin you deserve it. You can’t be expected to get away with seven or 8lb after that.”

The Morrison-trained Marble Arch chased the same double during the 2001-02 season, impressing at Ascot before pulling up when favourite to follow up at Newbury.

However, he bounced back to finish second in the Champion Hurdle.

Morrison added: “”We will debate it with the owners, but I think it best if you have the time not to jump to any conclusions, but sit and be quiet about it and then discuss it when reality kicks in. He took the race well.

“Marble Arch bombed out in the race at Newbury because the ground was very soft. It was quick at Ascot and then it was quick enough on Champion Hurdle day when he was able to perform to his best.”

Willie Mullins has entered eight horses including the JP McManus-owned Janidil, the winner of all three starts this season, while Paul Nicholls has four.

Not So Sleepy is the 8-1 favourite with Betfair Sportsbook, ahead of with Jamie Snowden’s Thebannerkingrebel at 10-1.