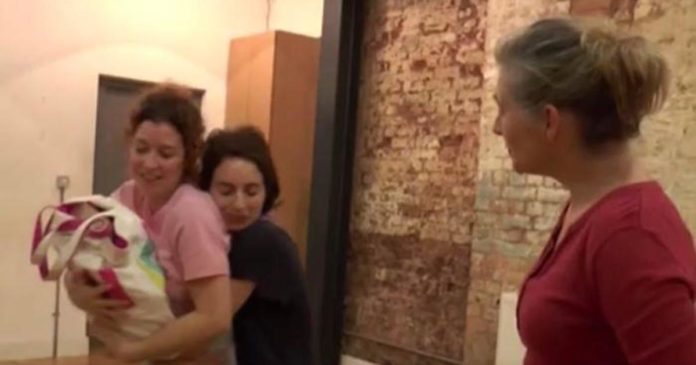 Emilia Clarke recently spoke out about pressure she felt when filming nude scenes for HBO’s Game of Thrones. HBO has since made it mandatory for crews to hire “intimacy coordinators” to consult on any scenes involving intimacy.

TV, film and theater have always recruited specialists to consult on fight sequences, stunts and even historical context. Now intimacy coordinators are increasingly being called upon to help make sure actors portraying sex scenes feel physically and psychologically safe at they work.

“Just like a stunt coordinator, you’re bringing techniques to keep the actor safe… you’re mitigating the risk” says Ita O’Brien, one of the U.K’s leading intimacy coordinators and founder of Intimacy On Set. Her intimacy guidelines have been adopted by British actors union Equity U.K.

O’Brien has worked with shows including Netflix’s Sex Education and BBC/HBO’s Gentleman Jack. She sees herself as “a mediator of consent, to ensure that every touch and every reaction is comfortable and consensual for all parties involved.”

She says unrehearsed sex scenes have long left actors, “just going off impulse,” as the distinction between “their personal body and their body serving character is muddied.”

On-set, O’Brien works with actors to go through their characters‘ emotions and motivations, before they declare their no-go zones. Movements are then carefully choreographed, with actors asking each other for consent at every move.

“What is most crucial is that you make sure you’re aware that it’s an ordeal for the actor,” Julian Farino, director of HBO’s Ballers, told CBS News. “Ultimately it’s about the relationship between you (the director) and the actor… and the intimacy coordinator could be a cushion in that.”

Actor Kerim Hassan met O’Brien when she came in to work with his class at drama school. Hassan said the work helped prepare him for potentially daunting situations.

“It’s scary that first time on set, because it’s so easy to just say yes to everything, to be a people pleaser,” he told CBS News.

Claire Warden, associate director of U.S Intimacy Directors International, says actors have been conditioned in the past not to protest if they feel uncomfortable during a scene, but that all started to change in 2017.

“Weinstein shone a light which could not be ignored on something that had been for years,” she said.

Sally Wainwright, writer and director of Gentleman Jack, agrees that actors portraying scenes of intimacy must be protected, but she sees it primarily as the role of “any good director or producer.”

Wainwright worries that having intimacy coordinators on-set during live filming could be a distraction, and might even put more focus on the moments of intimacy than the script calls for — or the actors want. She isn’t against using the coordinators, but suggests they be involved during earlier rehearsals, rather than live filming.

While there’s still no universal agreement on how or when intimacy coordinators should be used, it’s clear the industry that spawned the MeToo movement is now grappling with how to address the root causes of it.

Or as Claire Warden puts it: “If you want to tell a story about sex then let’s have a conversation about it and do it mindfully. If you don’t, go and find another story.”