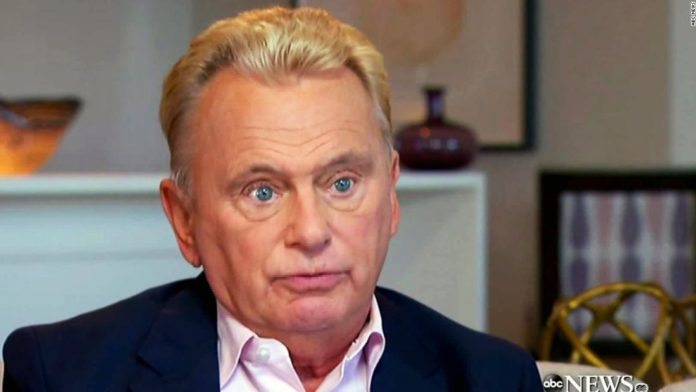 Longtime host, Pat Sajak, revealed he’d miss a few days of taping but his 25-year-old daughter, Maggie, would help out in his place.
“I was back from my surgery last week and had a wonderful time on the show, but I’m not going to be here this week,” Sajak said in a video teaser posted Monday to the game show’s YouTube channel.
“It’s not that I’ve had a relapse. It’s just because of the technicalities of the taping order and all of that. So, you’re gonna see Vanna (White) doing her Pat impression here; she does a great job. And we have a special letter-toucher, so pay attention,” he said.
In the teaser, Sajak’s daughter said her dad is “doing great” but described his surgery as “scary.”
Sajak spoke about the emergency operation for a blocked intestine in an interview last month on “Good Morning America” and revealed he thought he might die.
While he was out of work to recover, his longtime co-host, White, filled in for him.