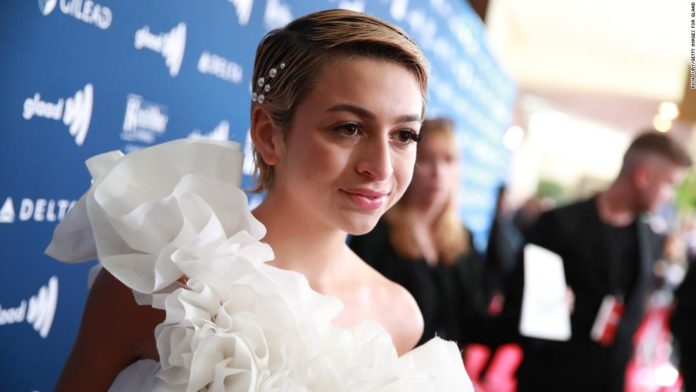 Josie Totah has been cast in the lead role for the reboot of the hit sitcom, according to The Hollywood Reporter. She will play Lexi, the most popular girl at Bayside High.
Totah, who rose to fame on the Mindy Kaling-produced show “Champions,” came out as transgender in a 2018 essay for Time magazine.
“I was afraid I wouldn’t be accepted, that I would be embarrassed, that the fans who knew me from the time when I acted in a Disney show would be confused,” she wrote. “But I realized over the past few years that hiding my true self is not healthy. I know now, more than ever, that I’m finally ready to take this step toward becoming myself. I’m ready to be free.”
“Saved by the Bell” ran for four seasons from 1989 to 1993 on NBC. The show documented the travails of a gang of friends at Bayside High School and is still popular in syndication.
Two members of the original cast will star in the new version. Elizabeth Berkley and Mario Lopez will reprise their characters Jessie Spano and A.C. Slater, respectively.
The show will stream on NBCUniversal’s upcoming streaming platform, Peacock. A premiere date has not been announced.