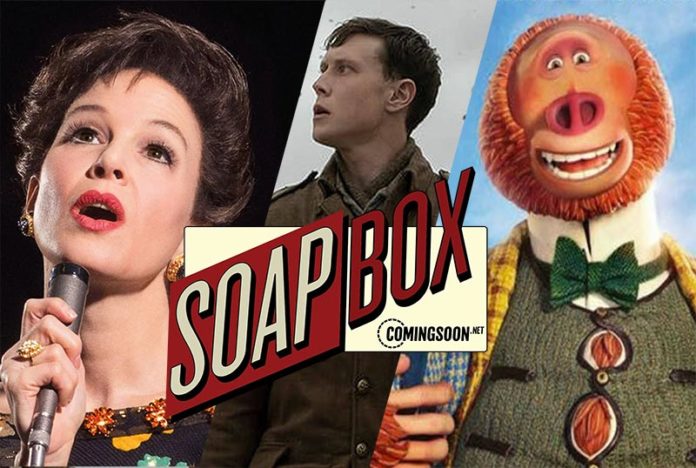 The 77th Golden Globes happened this past Sunday and next week the 92nd Academy Award (AKA the Oscars) nominations will be announced. The aforementioned awards ceremonies are two of the most recognizable ones in entertainment; therefore, people often associate them with one another. The Golden Globes is just some drunken Oscars and Emmys hybrid. It starts off award season before the other, more relevant award shows steal its thunder—there are a lot of film-centric Golden Globe winners that have not/will not be going home with the Oscar.

It all starts with the structure of the Golden Globes. Unlike other ceremonies, the Globes has two best picture categories, two lead actor/actress categories, and one writing category (while the Oscars has two). The categories are split between comedy/musical and drama. All the competition is meticulously spread across a slew of categories—it’s all very convoluted. All you need to know is this: the Hollywood Foreign Press Association (Golden Globe voters) is made up of no more than 100 journalists (who don’t work on sets or with writers, etc.) while the Academy is made up of around 8,000 people who work in the movie industry. So the Beverly Hilton Hotel may look nice, and the guests pretty, but Ricky Gervais is right in setting the place ablaze (sort of).

RELATED: CS Soapbox: What Were the Biggest Golden Globes 2020 Surprises?

This is not to say that the publicity surrounding the Globes isn’t good for those hoping to make a successful run at an Oscar. It is a glorified or golden popularity contest. Director Sam Mendes and his film 1917 hit the jackpot winning those respective awards the week 1917 hits theaters. Everyone is not only talking about that film but all of the big winners: Once Upon a Time in Hollywood, Joker, even Rocketman. The 10 flicks in general that were nominated across the Globe’s two Best Picture categories have a better chance of filling the Academy’s 10 spots for Best Picture.

The Golden Globes always appear to be the awards show that differs greatly from the others, which makes sense. The Producers Guild of America Awards, the Screen Actors Guild Awards and the Directors Guild of America Awards all decide upon the winners using the same body of peers that roughly makes up the Academy. However, the Hollywood Foreign Press likes to mix it up by giving awards to people that otherwise would go overlooked (or have been deserving of an award for quite some time). This makes things interesting and admirable but overall a horrible predictor for granddaddy/grandmommy of awards. That said, let’s take a look at some winners from Sunday night that may not walk away with the Oscar.

Renée Zellweger, Judy– Best Performance by an Actress in a Motion Picture

Renée Zellweger is back. Her powerhouse performance in Judy proves this. After winning her first Golden Globe in 16 years, the actress’s acceptance speech seemed very aware of her absence. Up until her win, everyone had been talking about Saoirse Ronan’s performance in Little Women, Scarlett Johansson (Marriage Story), and Charlize Theron (Bombshell). The Globes win has now brought a lot more attention to Zellweger’s Oscar campaign.

In addition to Cynthia Erivo performance in Harriet (a sleeper pick to win it all), Awkwafina (The Farewell), Ana de Armas (Knives Out), Cate Blanchett (Where’d You Go, Bernadette), Beanie Feldstein (Booksmart), and Emma Thompson (Late Night) could all be Oscar contenders. All of these actresses won’t get an Oscar nomination as the category only includes five slots, and previously mentioned ones were in a completely different category at the Globes. Once this past year’s performances are grouped, the competition will be much more arduous. Zellweger will surely get a nomination; however, her win at the Golden Globes might be equatable to Mickey Rourke’s win in 2009 for The Wrestler— a comeback win that won’t necessarily carry over into February.

1917 won Best Picture at the Globes over the likes of The Irishman and Marriage Story which is a feat in itself. Once Upon a Time in Hollywood was nominated in the category of best comedy or musical…is it a straight comedy though? It’s almost like the Hollywood Foreign Press did this so that they didn’t have to pick between the two films. Best Picture aside, Sam Mendes won Best Director over Bong Joon-ho, Martin Scorsese and Quentin Tarantino. We’ll see what happens at the Oscars; Greta Gerwig is sure to pull a nomination as well (the category may look very different).

Awkwafina, The Farewell – Best Performance by an Actress in a Motion Picture (Musical or Comedy)

At this point, Awkwafina’s competition becomes much fiercer once her respective Globes category and fellow nominees get tossed in with the dramatic performers. Even then, she won Sunday over Beanie Feldstein in Booksmart, Emma Thompson (Late Night), Cate Blanchett (Where’d You Go, Bernadette), and Ana de Armas (Knives Out). The Golden Globe win made her the first woman of Asian descent to ever win the actress award; it’d be pretty dope to see that happen at the Oscars. Fingers crossed.

Joaquin Phoenix, Joker – Best Performance by an Actor in a Motion Picture

Similarly to the actress nominations, all of the nominations in this category produced fantastic performances this year. Joaquin Phoenix’s win as the Joker is impressive, to say the least, up against Hollywood heavyweights like Christian Bale (Ford v Ferrari), Antonio Banderas (Pain and Glory), Adam Driver (Marriage Story), and Jonathan Pryce (The Two Popes). For the Oscars, Eddie Murphy (Dolemite Is My Name), Leonardo DiCaprio (Once Upon a Time in Hollywood), and Taron Egerton (Rocketman) will also be in consideration. His win at the Globes could place him as a front runner but only time will tell.

Taron Egerton, Rocketman – Best Performance by an Actor in a Motion Picture (Musical or Comedy)

While everyone thought Eddie Murphy was going to win the Globe, this one made sense. Taron Egerton’s performance as Elton John might be the most underrated of the year even though it is appreciated— it doesn’t get the same hype as some of the other high-profile ones. However, Egerton is going to have to go against the same odds as Joaquin Phoenix and that just doesn’t seem fair. The Oscar race for Best Actor and Actress are easily the most interesting categories this year (not that they aren’t always).

Brad Pitt, Once Upon a Time in Hollywood – Best Performance by an Actor in a Supporting Role

Brad Pitt hadn’t won a Golden Globe since the 90s and has never won an Oscar for acting. For that reason alone, he has a very good chance. Pitt will most certainly be nominated in the category of Best Supporting Actor at the Oscars and his competition will remain as intense as Sunday. If anyone had to choose how they were to win Globe/Oscar, it would feel pretty good to beat Anthony Hopkins (The Two Popes), Joe Pesci (The Irishman), Al Pacino (The Irishman), and Tom Hanks (A Beautiful Day in the Neighborhood)— a list of the best actors ever. Even though he’s an underdog favorite (and that’s meant to sound contradictory), Pitt has his work cut out for him.

Missing Link, which is made by a tiny studio in Oregon called Laika, won over all of the big-budget animations: Toy Story 4, Frozen 2, How to Train Your Dragon: The Hidden World, and The Lion King. Laika may get an Oscar nomination but will it beat the likes of Pixar or Disney? Probably not. The story of a hairy, 8-foot tall man finding family in the least likely of places won’t feel at home in the Dolby Theatre. 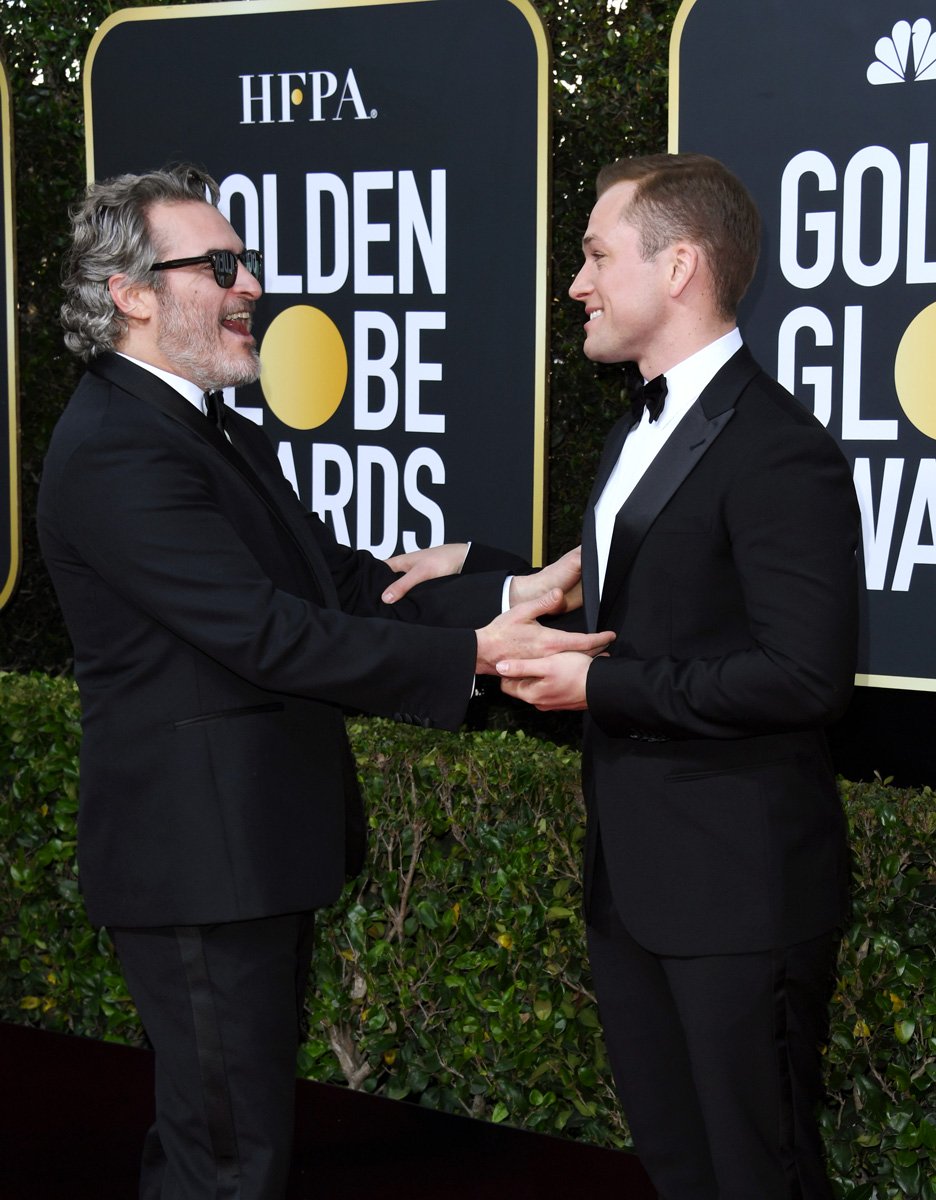