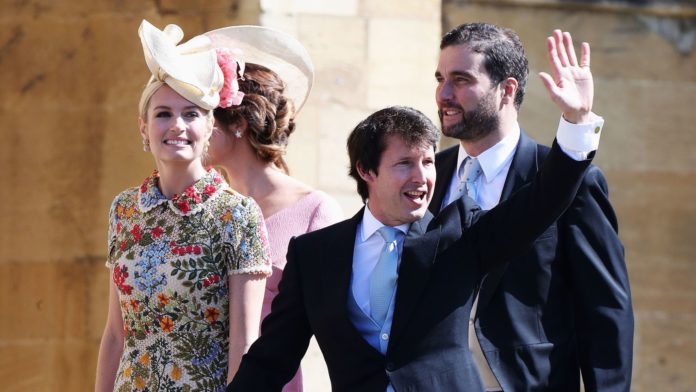 Singer James Blunt claims the abuse he gets for being well-spoken is “entirely justified” – but says “posh people have feelings too”.

The former soldier – whose father, Colonel Charles Blount, is an ex-cavalry officer – went to the £41,775-a-year Harrow public boys school in northwest London.

He also mixes in Royal and celebrity circles and attended the weddings of Prince Harry and Meghan at Windsor Castle in May 2018 – and saw singer Ellie Goulding marry Casper Jopling in York in August 2019.

The 45-year-old is well-known for his witty replies to trolls on Twitter, and admits he speaks with “an incredibly stupid accent”.

Speaking to Sky Sports TV presenter Natalie Pinkham’s In The Pink podcast, he added: “But whether or not I deserve being in the music business, it should just be about the music.

“You know what, posh people have feelings too.”

His critics include Oasis legend Noel Gallagher, who described him as “boring”.

“I’m in a business that’s very shallow, where people think being mean to others, means you get some cool brownie points,” Blunt said.

“Some of these people say things like this about anyone doing well in the music business in order to keep themselves relevant and in the papers.”

He also addressed the “incredible” carbon footprint he creates by touring the world.

The You’re Beautiful singer, who lives in Ibiza with his wife Sofia Wellesley, admits they are “entirely hypocritical about it”.

He said: “My wife is very active in helping the ocean regenerate and is currently studying a masters in sustainability, and then there’s me who creates this incredible carbon footprint by travelling the world on these tours.

“I do talk about it a lot and we plant a tree for every ticket that we buy online and my house in Ibiza is effectively off-grid.

“We have water from a well, and heat from a sun is my heating and my power.

“But nothing is ever going to make up for my carbon footprint so I can’t do any preaching because I am one of the most guilty.”