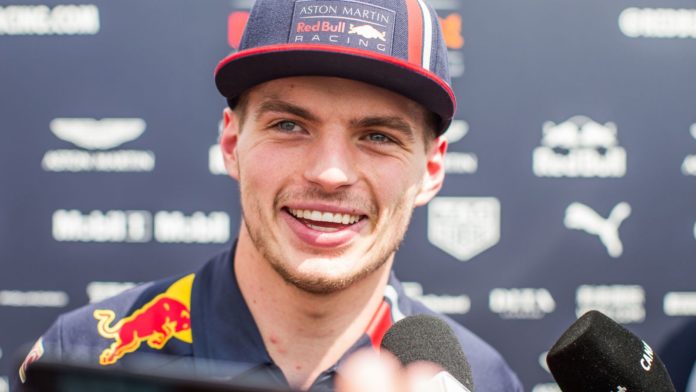 Formula 1’s two hottest young driver properties are now off the market for 2021. Why so early and what does it mean for F1?

It took all of seven days of the new year for what was always going to be one of the most important driver announcements of 2020 to be made.

The news that Max Verstappen is staying at Red Bull for a further four seasons not only underlines the belief and confidence both parties have in each other to fulfil their ambitions, it locks one of the most pivotal pieces into F1’s largely-incomplete driver market puzzle for 2021.

One of those other valuable pieces was Charles Leclerc, who Ferrari tied down to their own long-term deal just before Christmas.

Significantly, the quickfire announcements mean that the two drivers considered the leaders of F1’s new generation are already firmly aligned to their teams for the first seasons of the sport’s new rules era when it begins next year.

The Dutchman’s deal is done.✍️

“With @Charles_Leclerc nailed on at @ScuderiaFerrari, we’ve a serious long term duel on our hands” – @MBrundleF1#SkyF1 | #F1

Why has Verstappen signed up?

“I think it’s very interesting,” said Sky Sports F1’s Martin Brundle of Verstappen’s extended deal. “We thought it would play out through the year.

“My immediate reaction was good for Max, good for Red Bull and good for Formula 1 all around. It means everybody has got a longer-term view and it takes away quite a lot of short-term threats and nervousness.

“Red Bull have obviously been able to reassure him that they can give him what he wants.”

Heading towards the start of his sixth season of F1, and on the back of his most complete campaign yet in 2019, Verstappen appears more ready than ever to mount a first assault on the drivers’ title.

Red Bull’s own momentum is growing, with a strong finish on track to 2019 coinciding with a short but key initial renewal of their Honda engine deal to 2021. But the signature of Verstappen was clearly vital.

“Red Bull had to be super nervous of keeping Max, that was critical,” pointed out Brundle. “You had to be concerned that if Max joined Mercedes or Ferrari that Dietrich Mateschitz, the team’s owner, might have looked at the whole thing and thought ‘what’s the point’ if he’s bringing a talent on like that only for him to jump ship.

“People love continuity inside Formula 1 teams. You build cars around drivers and their driving style. You build marketing programmes around them, you get long-term sponsors on board because you have got a long-term plan. Teams always look further down the road than they let on.

“We also know, of course, that there are often some exit windows on both sides as well through that process. That proviso has to be in place. Performance clauses are always very hard to write, but you might also seek key-personnel assurances.

“For example, if I was re-signing for Red Bull, I might want to know is Christian Horner going to be around? Is Adrian Newey around? Who else is around?

“They have put together a package, financial and technical, and it has convinced Max and his gang to settle in for another four years.”

What does it mean for Mercedes and Hamilton?

Although 2020 has barely begun, Red Bull and Ferrari’s off-season moves mean world champions Mercedes are the only one of F1’s ‘Big Three’ without a driver signed up for the first year of the sport’s regulation overhaul in 12 months’ time.

Lewis Hamilton, the six-time champion, and team-mate Valtteri Bottas are both on deals that expire at the end of this year.

So did Red Bull tie down Verstappen to ward off the Silver Arrows? Or have the world champions themselves other plans, with perhaps an extension for Hamilton, F1’s champion and box-office star, already on the cards?

“The Verstappen news does makes my mind think ‘what’s going on at Mercedes’ short to medium term?” added Brundle.

“I really would have expected one of Verstappen or Leclerc to rock up at Mercedes. You’d have to look at it and think that Mercedes have got to be at least the equal-best car for another two or three years with the momentum they’ve got, so why hasn’t one of them signed up there?”

Hamilton has said he will consider his options carefully ahead of what could be the final contract of his glittering F1 career, with links to Ferrari, in particular, unlikely to completely go away until any renewal with Mercedes is announced.

“It leaves Lewis with reduced options, but he’s still holding a lot of aces,” said Brundle. “And it doesn’t prevent Lewis from going to either of those two teams at all, really.

“It possibly would at Red Bull, but it doesn’t stop the idea of a Hamilton-Leclerc line-up at Ferrari.

“But it has cut Lewis’ options down, if indeed he hasn’t already signed with Mercedes-Benz longer term. Maybe the music stopped before Christmas, they all sat down and there is some embedded news we haven’t heard yet.

“But these post-2020 deals have certainly happened earlier than I expected. I thought Max would see whether Red Bull could give him a championship-challenging car over the first few races of the year and then take a view. So something has crystalised that earlier, which again makes my mind wonder about what is going on elsewhere.”

Why a ‘golden era’ awaits

Two of the grid’s hottest properties may not then be playing their part in this year’s transfer market, but the longer-term significance of the quickfire renewals is clear – and exciting – as F1 begins a new decade.

“With my TV cap on, I quite like a bit of movement amongst the drivers, it’s something to talk about,” said Brundle.

“But we are set fair now.

“We’ve now got two defined camps at Red Bull and Ferrari for the next four or five seasons, with Lando Norris, George Russell, Carlos Sainz and other drivers joining in too elsewhere on the grid.

“That’s got ‘golden era’ written all over it.”

The first confirmed car launch for 2020 is Ferrari’s on February 11, before pre-season testing starts on February 19. The season-opening race in Australia is on March 15, with all 22 races live on Sky Sports F1.