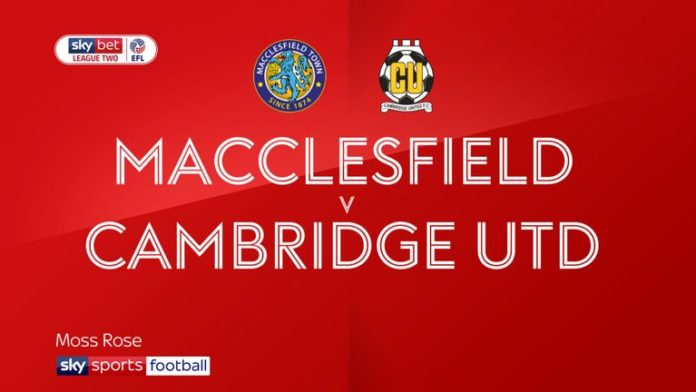 Macclesfield have lodged an appeal against the penalties handed out by the EFL for non-payment of wages and the failure to fulfil a fixture.

Earlier on Tuesday, it was confirmed the EFL had failed in a bid to impose a harsher penalty on Bolton over the failure to fulfil two scheduled games.

Macclesfield were deducted six points for non-payment of wages and the failure to fulfil a Sky Bet League Two fixture against Crewe on December 7. As a result, the Silkmen sit in 22nd place.

Amid the ongoing financial uncertainty, the club confirmed on January 2 that head coach Daryl McMahon and his assistant Steve Gritt had tendered their resignations.

A further punishment is expected after a second League Two fixture – against Plymouth scheduled for December 21 – was postponed when the club were served with a “zero-capacity notice” by the local safety advisory group, meaning no supporters could attend.

“In light of the upholding of sanctions handed to Bolton Wanderers by an arbitration panel earlier today, Macclesfield Town can confirm that we have lodged an appeal into the penalties which were imposed on us last month,” a club statement read.

“Back in December, we were handed an immediate six-point deduction – alongside a further four-point penalty which was suspended.

“We strongly believe that today’s ruling supports our appeal and relevant documentation in relation to this has now been submitted.

“We will advise the outcome of the appeal once the necessary process has been concluded.”

Club owner Amar Alkadhi said during December he was in “advanced negotiations” over the sale of the club.