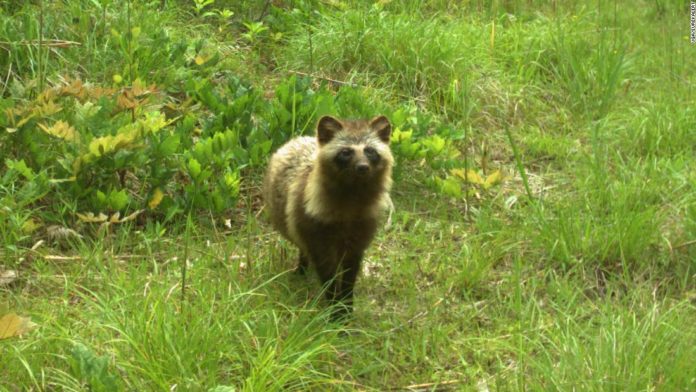 On March 11, 2011, a 9.0 magnitude earthquake hit Japan. More than 20,000 people died or went missing in the quake and tsunami, while hundreds of thousands more lost their homes.
Three reactors at the Fukushima Daiichi nuclear plant melted down, releasing radioactive materials into the air and more than 100,000 people were evacuated from the area.
Scientists have now discovered that wildlife is abundant in areas that humans no longer live.
Using remote cameras, researchers from the University of Georgia recovered more than 267,000 photos of more than 20 species — including racoon dogs, wild boars, macaques, pheasants, foxes and Japanese hares in the areas surrounding the power plant.
“Our results represent the first evidence that numerous species of wildlife are now abundant throughout the Fukushima Evacuation Zone, despite the presence of radiological contamination,” James Beasley, associate professor at the Savannah River Ecology Laboratory and the Warnell School of Forestry and Natural Resources, said in a statement.
Photographic data was collected from 106 camera sites from three zones: Areas where humans were excluded due to the highest level of contamination; areas where humans were restricted due to an intermediate level of contamination; and areas where people were allowed to remain.
Over 120 days, cameras captured 46,000 photographs of wild boar, with more than 26,000 images taken in the areas which were uninhabited.
In contrast, about 13,000 images were taken in zones where humans were restricted due to contamination and 7,000 taken in zones inhabited by people.
Researchers also saw higher numbers of racoons, Japanese marten, a weasel-like animal, and Japanese macaque or monkeys in uninhabited or restricted zones.
Species considered to be “in conflict” with humans, such as wild boar, were predominantly photographed in areas and zones evacuated by humans, Beasley said.
While the research monitors the radiological impact on wildlife populations as a whole, it does not give an assessment on the health of individual animals, scientists noted.
The study was published Monday in the Journal of Frontiers in Ecology and the Environment, was produced in addition to the team’s research on Chernobyl, where wildlife has also thrived in the wake of the disaster.