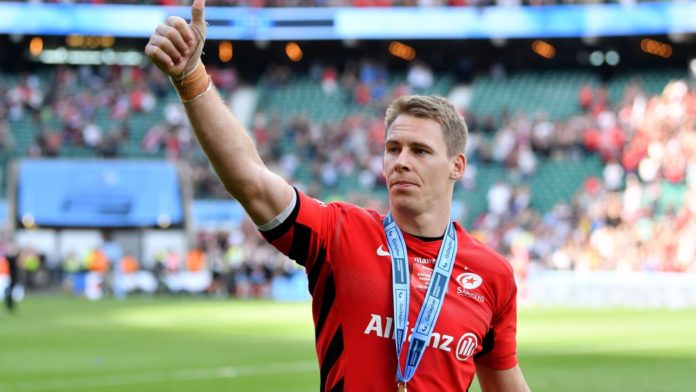 Liam Williams may have already played his final game for Saracens, with the Lions star likely to join Scarlets before the end of the season.

Williams has signed for the Welsh region for the 2020-21 campaign but the double-winners are looking to expedite his departure in the wake of the salary-cap scandal that is forcing them to trim their wage bill.

Saracens were docked 35 points and fined £5.36m after being found to have breached the £7m limit in each of the last three seasons.

Interim chief executive Edward Griffiths has revealed that players may need to be offloaded or wages cut to comply with the cap for the current season.

Eddie Jones’ England stars appear to be safe after director of rugby Mark McCall revealed that older players or those whose contracts are ending in June will be targeted.

Williams’ deal to join Scarlets in the summer was announced on Boxing Day but it is understood the Wales full-back, who is currently out with an ankle injury, is now destined to leave ahead of schedule.

When asked if Williams could join Scarlets before the end of the season, McCall said: “I’d say there is a possibility.

“It was Liam’s decision first up that he was going to go back to the Scarlets, back to Wales, and that was for family reasons.

“He was always going to go back to Wales regardless of the salary-cap decision.”

If, as expected, Williams returns to Scarlets ahead of schedule, his final game for Saracens will have been the 2019 Premiership final when he was a tryscorer in a dramatic comeback win over Exeter at Twickenham.

The 28-year-old suffered an ankle injury in training that ruled him out of the World Cup semi-final defeat to South Africa and he has not played since.

“It is not ideal. He hasn’t played a game for us this season. That’s not his fault.”