Home Sport Inter in talks with Man Utd over Young 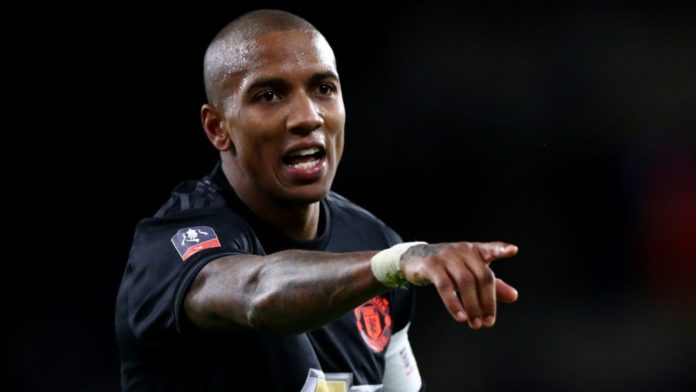 Ole Gunnar Solskjaer on players leaving United: “We can’t weaken ourselves we have to strengthen ourselves”

Inter Milan are in talks with Manchester United over signing Ashley Young, and are ready to offer the England international an 18-month contract, according to Sky in Italy.

It is understood the 34-year-old United captain has already shown a desire to make a move to Italy.

Young has six months left to run on his existing United deal, after signing a one-year extension in February 2019.

Inter are willing to offer him a deal which will run until June 2021.

It is not yet clear whether Manchester United will let the defender leave on a free transfer at the end of the season or ask for a fee for a January move.

Young would become the third United player to join Antonio Conte’s side inside a year following the transfers of Alexis Sanchez and Romelu Lukaku.

Young has made 12 appearances in all competitions under Ole Gunnar Solskjaer so far this season.

Ole: We can’t weaken ourselves

United boss Solskjaer said United should not “weaken themselves” when asked about a possible departure for Young following Tuesday’s 3-1 defeat to Manchester City in the Carabao Cup semi-final.

“Tonight is not the time to talk about players leaving. We can’t weaken ourselves we have to strengthen ourselves,” he said.

Inter chief executive Giuseppe Marotta has already confirmed they are interested in signing Christian Eriksen but says they have made no contact with Tottenham.

“Eriksen is an excellent player whose contract expires in June and we have had no contact with Tottenham”, he told Sky in Italy.

Sky in Italy reported last week that Inter are one of several clubs to have contacted Eriksen’s representatives about his future.

The 27-year-old’s Tottenham contract expires in the summer and he is free to talk to foreign clubs this month.

Meanwhile, Chelsea striker Olivier Giroud also remains a target for Conte although the clubs have not had any fresh contact since the January window opened.

The Serie A club were in touch with Chelsea before Christmas over a deal for the France international, according to Sky In Italy.