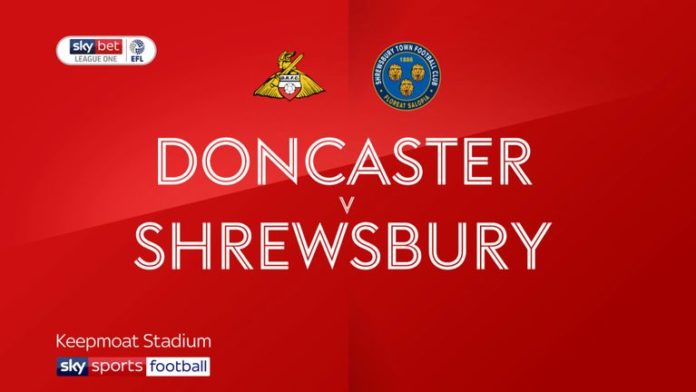 Doncaster climbed to within two points of the League One play-off positions with a comfortable 2-0 win over Shrewsbury.

Doncaster went ahead after four minutes. Kieran Sadlier drilled a cross to the near post where Shrewsbury defender Ethan Ebanks-Landell’s header looped over his own goalkeeper and allowed Ennis to nod into an empty net.

The hosts were much the stronger throughout, passing well and looking to break forward at pace.

But it took a last-ditch tackle from Joe Wright to deny Daniel Udoh while the Rovers centre-back also spared the blushes of goalkeeper Seny Dieng with a goal-line clearance after a mis-punch saw the ball ricochet off Josh Laurent.

Rovers should have added to their score when James Coppinger saw a shot deflected wide.

But they did find a second with 15 minutes left when Anderson powered in a header from a Jon Taylor corner.