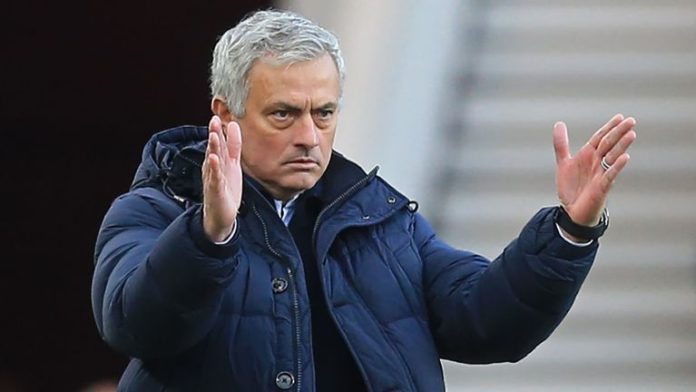 A 1-1 draw at Middlesbrough on Saturday has left Spurs with an FA Cup third-round replay next week, while the club are sixth in the Premier League – six points behind fourth-placed Chelsea – after losing at Southampton on New Year’s Day.

Next up for Spurs is a home match against Liverpool on Saturday evening, live on Sky Sports, and Redknapp believes his former side are capable of ending the leaders’ year-long unbeaten run in the league, despite their own indifferent form.

“I think Liverpool are home and dry,” Redknapp told Sky Sports News. “I can’t see any other result but Liverpool winning the title, but Tottenham away will be a tough game, make no mistake about that.

“Tottenham are going through a funny spell that’s quite long when you look at it. The last 25 games with Poch in charge, the form was, for whatever reason, going along so well and suddenly that big run of bad form.

“Their form at the moment has been up and down. Jose has gone in there, we know his record is incredible, but no one’s got a magic wand.

“At the moment, it seems to be the team just doesn’t look right.”

Redknapp added: “It was a bad result against Southampton, a couple of iffy performances, lucky to get away with it at Norwich, but they’ll raise their game for Liverpool at home.

“They’ll want to break that Liverpool unbeaten run and it will be a tight game for sure – you wouldn’t write Tottenham off, they’ve got outstanding players in the team.

“But at the moment Liverpool really do look a different class.”

Liverpool head into the weekend’s Premier League action 13 points clear of Leicester with a game in hand.

The leaders are also on a 37-game unbeaten run in the league, and Redknapp believes Jurgen Klopp will keep his players focused despite them edging towards a first title in 30 years.

“A lot of it comes from the manager,” said Redknapp. “I’ve never met him but he’s a great character, he’s always bubbly and is a real plus for English football since he’s been here and especially Liverpool.

“He’ll keep them going. When you listen to the players, people like (Jordan) Henderson saying it’s not over yet. He has been great, what a captain, what a leader.

“Deep down, if they don’t win the title this year… I don’t know – for me it’s impossible they don’t win it. They are the best team and they’re well clear. It would be great, they thoroughly deserve it.”