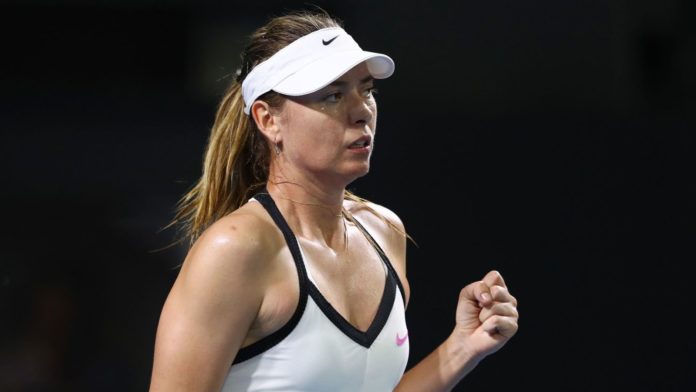 Former World No 1 Maria Sharapova will be awarded a world card to play in this month’s Australian Open.

The 32-year-old Russian is currently ranked 147th in the world – after a season in which a long-standing shoulder injury restricted her to eight tournaments.

Sharapova played her first match since losing in the first round of last year’s U.S. Open at the Brisbane International on Tuesday but was defeated 3-6 6-1 7-6 (7-3) by American qualifier Jennifer Brady.

Australian Open tournament director Craig Tiley confirmed on Wednesday that the 2008 champion will receive a wild card entry into the main singles draw for the tournament, which starts in Melbourne on January 20.

She responded with a “Thank you!!” to a post from the official Australian Open Twitter which read: “We’ll see you at #AO2020 @MariaSharapova…”

The five-times Grand Slam champion has been troubled by shoulder problems throughout her career and underwent surgery early last year, with lingering problems hampering her throughout the 2019 season.

“I’ve been fighting a virus for a couple weeks and ended up in the hospital the other day, so that wasn’t fun,” Sharapova said after her loss in Brisbane.

“I just couldn’t keep anything in (but) that’s the extent that I’m going to share with you.”

Sharapova lost to Ashleigh Barty in the fourth round of last year’s Australian Open.