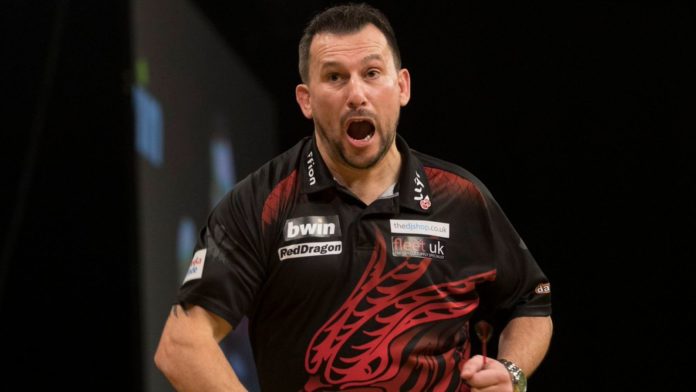 Mikuru Suzuki misses out on Challenger spot in 2020 Premier League

Jonny Clayton, William O’Connor and Jermaine Wattimena will join Fallon Sherrock as the debutants for this year’s Premier League Darts.

Nine of the sport’s biggest stars will compete in the 16-week tour of arenas across Europe from February 6 to May 21, with a different Challenger to star in each of the first nine weeks of action.

Welshman Clayton is ranked 16th in the world and won three PDC title in 2019. ‘The Ferret’ will enjoy a homecoming at the Motorpoint Arena in Cardiff on February 20.

Ireland’s World Cup of Darts star O’Connor will head to the 3Arena in Dublin the following Thursday with Dutchman Wattimena in action on Judgement Night at Rotterdam Ahoy.

Luke Humphries, Chris Dobey, and Jeffrey De Zwaan all return to the Premier League fold having made their debuts last year, while Stephen Bunting makes his comeback having last played in the tournament five years ago.

Sherrock, who announced herself at the world championship, will follow up her history-making run with an appearance at the Motorpoint Arena in Nottingham on February 13.

John Henderson, who was confirmed as the second Challenger, will open proceedings in Aberdeen, having enjoyed an unforgettable night in ‘The Granite City’ in 2019 when he drew with Michael van Gerwen.

Don’t forget to catch up with all the latest darts news, our fortnightly offering on all the news from the PDC circuit and beyond.

Former world no 1 and two-time major champion Colin Lloyd is on hand to offer his expert opinion while there are a host of player interviews, in-depth feature chats, and a look at those from outside the darting world who can’t get enough of the arrows