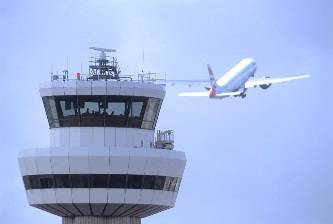 The United States Federal Aviation Administration has banned commercial carriers from operating in airspace over the Middle East.

Following a recent strike on American military bases in the region, US carriers will be barred from airspace over Iraq, Iran, the Gulf of Oman and the waters between Iran and Saudi Arabia.

The move comes after Iran launched a missile attack on US-led forces in Iraq.

Tehran is believed to have fired more than a dozen ballistic missiles from Iranian territory against at least two Iraqi military bases hosting US-led coalition personnel.

The attack comes in retaliation for the assassination of Iranian general Qasem Soleimani by United States forces.

#FAA Statement: #NOTAMs issued outlining flight restrictions that prohibit U.S. civil aviation operators from operating in the airspace over Iraq, Iran, and the waters of the Persian Gulf and the Gulf of Oman. pic.twitter.com/kJEbpPddp3

An FAA statement said the ban was due “to heightened military activities and increased political tensions in the Middle East, which present an inadvertent risk to US civil aviation operations”.

The British Foreign & Commonwealth Officer earlier tightened its advice to travellers in the region, following the assignation of Iranian general Qasem Soleimani by United States forces.

Before the latest guidance, the FAA had already prohibited US carriers from flying below 26,000 feet over Iraq and from flying over an area of Iranian airspace above the Gulf and Gulf of Oman.

The restrictions had been in place since Iran shot down a high-altitude US drone last June.