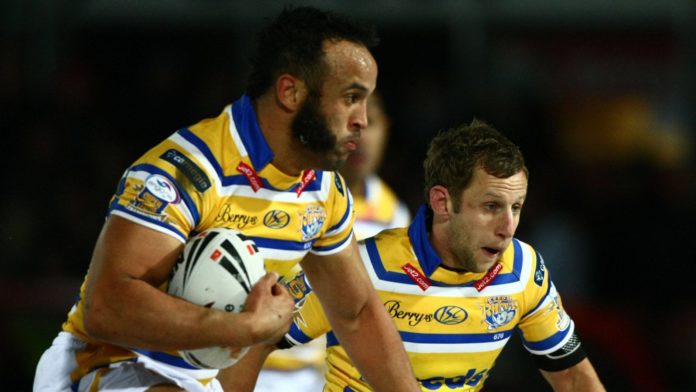 The game, which kicks off at 3pm, is heading for a near 20,000 sell out following the announcement that funds raised will go towards supporting former Leeds Rhinos and Great Britain star Rob Burrow, who was diagnosed with motor neurone disease before Christmas.

The match will also bring down the curtain on forward Jamie Jones-Buchanan’s 20-year career with the eight-time Super League champions. Jones-Buchanan agreed to share the testimonial match with his good friend Burrow following the announcement of his diagnosis.

A fund has been set up to support Burrow, his wife and his young family of three children under eight, and online giving has already raised over £250,000 in under three weeks.

With less than 2,000 tickets still available, fans who are unable to attend the match will be able to watch all the action on an emotional afternoon live on Sky Sports.

The occasion will reach an emotional conclusion when Burrow himself takes to the field in the closing stages along with fellow Leeds Rhinos legends Jones-Buchanan, Kevin Sinfield, Jamie Peacock, Kylie Leuluai and Danny McGuire for the first time since the treble-winning season in 2015.

“I would like to say a massive thank you to Sky Sports for their support ahead of Sunday’s game in particular Neville Smith, who has pulled together all the aspects to make this possible,” Rhinos director of rugby Sinfield said.

“I know there are a lot of rugby league fans who would want to be there but are unable due to other commitments and this will allow them to be part of an unforgettable occasion.”

Steve Smith, Sky Sports Executive Director, added: “Fixtures between Leeds Rhinos and Bradford Bulls are always a highlight in the rugby league calendar. We’re delighted to be supporting Rob Burrow, as well as celebrating a glittering career for Jamie Jones-Buchanan.”