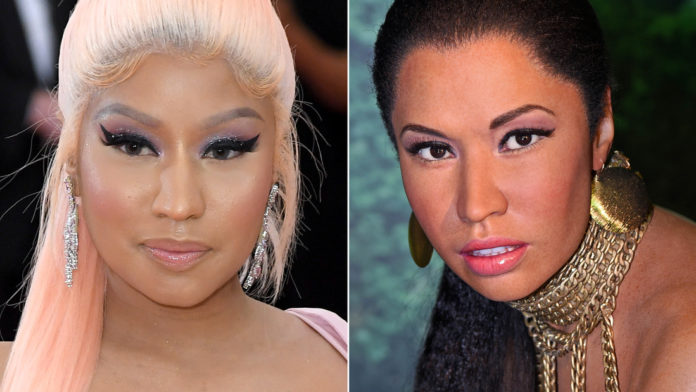 The image is supposed to be of the rapper from her “Anaconda” music video.
But social media thinks it’s not even close.
“Listen, I’m not even die hard Nicki Minaj fan but she can RAP & ppl don’t give her talent the credit it deserves,” one person tweeted. “That wax figure Madame Tussaud’s put out…that’s not Onika Maraj [her birth name]. I’m so sorry. Does google not exist? They looked at that mess & said “yh, we got it”. No, you don’t.”
Another Twitter user wrote: “The Madame Tussaud’s wax figure of Nicki Minaj looks more like Amy from Waterloo road, try and change my mind.”
Minaj is not the only celeb whose wax figure has been dubbed a fail.
There are a whole host of star wax figures that have been slammed including Beyonce’s, Kim Kardashian’s and Ben Affleck’s.
Fans were less than pleased last May with Ariana Grande’s wax figure unveiled at Madame Tussauds London.
Which means Minaj and Grande had a hit on wax performing on singer Jessie J’s song “Bang Bang,” but not with their wax figures.