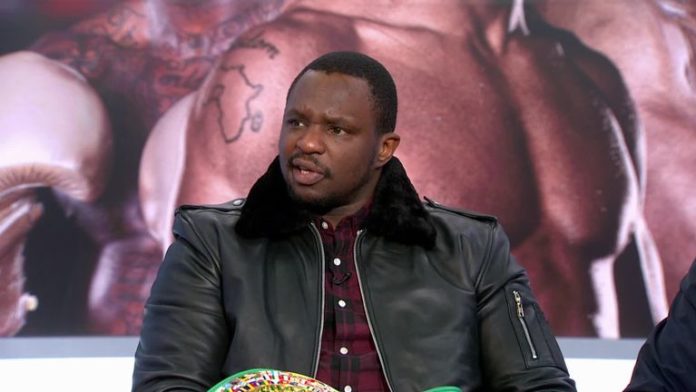 “Povetkin comes to fight doesn’t he. He doesn’t come to mess about. I’m the same, so let’s get it”

Dillian Whyte has revealed that a ‘tear-up’ with Alexander Povetkin is the preferred option for an April fight as he will not sit and wait for a WBC title fight.

The British heavyweight will hold talks with promoter Eddie Hearn next week to discuss plans for the upcoming year after last month’s victory over Mariusz Wach on the Andy Ruiz Jr-Anthony Joshua rematch bill in Saudi Arabia.

Whyte has been told by the WBC that he will not receive his mandatory WBC title fight until February 2021, but the 31-year-old will continue to risk his world title ambitions, and an explosive encounter against Povektin is top of a shortlist that also includes Ruiz Jr and Otto Wallin.

Asked about Hearn’s plans for the future, Whyte told Sky Sports: “He mentioned April 18 on an interview, so I guess that’s the date.

Povetkin has only lost against Wladimir Klitschko and Joshua, while he battled to a draw with Michael Hunter in December, and Whyte would relish a brutal showdown with the former WBA champion.

“We’re going to have a scrap. Povetkin comes to fight doesn’t he. He doesn’t come to mess about. I’m the same, so let’s get it.

“Let’s see who has got the best left hook around.”

Whyte has been frustrated in his long-term pursuit of Deontay Wilder, who defends the WBC belt in a rematch with Tyson Fury on February 22, and the Brixton man will not put his career on hold as he hunts down the winner.

“I’ve got a meeting with Eddie on Tuesday, so we’re going to see, because there are a lot of fights happening and stuff,” said Whyte, who would welcome a maximum of three fights in 2020.

“We’ve got to be mindful of the date and timing and stuff, so I need to speak to him to get a full idea of his plans. We’ll meet and see what the plans are and then we’ll make a decision.

Listen to an exclusive interview with Dillian Whyte on Wednesday’s Toe 2 Toe podcast.