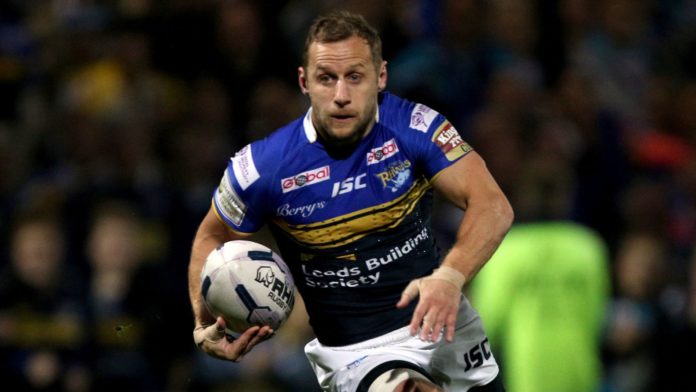 Rob Burrow has been taken aback by the outpouring of support from the rugby league community since being diagnosed with motor neurone disease.

Over £250,000 has already been raised to support the former Leeds Rhinos player, his wife and three children in a little under three weeks since news of his diagnosis broke.

Burrow will also benefit from Leeds’ pre-season clash with old rivals Bradford Bulls this Sunday, which doubles up as a fundraiser for him and a testimonial for ex-Rhinos team-mate Jamie Jones-Buchanan.

That match, which will be shown live on Sky Sports, is set to be a 20,000 sell-out at Headingley and Burrow is humbled by the support he has received both from those associated with Leeds and the wider rugby league world.

“I’ve been overwhelmed by the support not only from the Leeds fans and the club, but the rugby league community,” Burrow told Sky Sports.

“It’s hard to put into words what it feels like. It’s very humbling and this game epitomises the way the supporters and the club have been for me.”

“It’s hard to put into words what it feels like. It’s very humbling.”

Burrow is set to don a Leeds shirt for the final time in that match, with Rhinos icons Kevin Sinfield, Danny McGuire, Jamie Peacock and Kylie Leuluai all pulling their boots on again to show their support for him and Jones-Buchanan when they renew their rivalry with the Bulls.

It is sure to be an emotional occasion but the 37-year-old is determined carry on as normal for as long as possible, including his duties coaching the reserve team at Leeds.

“I don’t want pity and I don’t want people to feel sorry for me, I just want to get on as normal,” Burrow said.

“Wherever I can, I will (carry on as normal). Coaching, being a dad to my kids, getting moaned at by my wife – normal.”