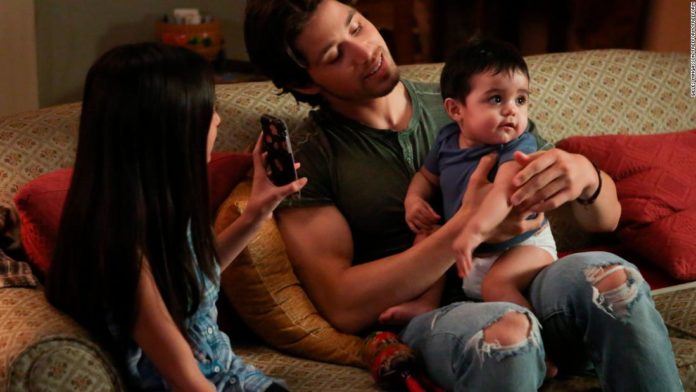 Airing on Freeform, the Disney-owned cable network that has gradually become more issue oriented, the show joins “One Day a Time” in trying to breathe life into an old series by recasting the leads as a Hispanic family. Yet the major twist here is that instead of being orphaned by a car accident, the Acosta children watch in horror as their parents are arrested by ICE agents in their own restaurant (“Things have changed,” they’re told), before being shipped to a detention center and eventually back to Mexico.
Given that the channel has a younger-skewing profile, it’s inevitable that this plight would unfold from the perspective of the kids. Yet the most heartbreaking moments actually belong to the parents (played by Bruno Bichir and Fernanda Urrejola), who at one point discuss how devastated they are about their 16-year-old daughter being forced to help tend to their baby, who they must also leave behind.
The kids, by contrast, face a more conventional set of TV-teen/20-something problems beyond the central one, with Emilio (Brandon Larracuente), the aspiring musician and hunky ladies’ man, forced to potentially table those dreams to assist his siblings; Beto (Niko Guardado) struggling in school; Lucia (Emily Tosta) questioning her fidelity to a system in which she has been thriving; and the heartsick Valentina (Elle Paris Legaspi), each dealing with their grief in different ways.
Having the parents alive alters the dynamic in some fundamental ways, but the notion of the family being separated resonates loud and clear. “What’s the matter with this country?” Lucia asks, as she watches her parents get ushered away through a chain-link fence.
There is, inevitably, an element of crass commercialism in remaking any show from a quarter-century ago, hoping that the familiar title will serve as a lure for people to tune in, at least initially.
Still, “Party of Five” takes a chance by directly wading into current events, braving emotions that are real and raw, in a way that — emblematic of these divisive times — will surely alienate a portion of the audience while potentially striking a resonant chord elsewhere.
Compared to the big-tent philosophy that guided TV when the original came into being, the show itself is thus symbolic — not just regarding politics, but also the media world — of how things have changed.
“Party of Five” premieres Jan. 8 at 9 p.m. on Freeform.