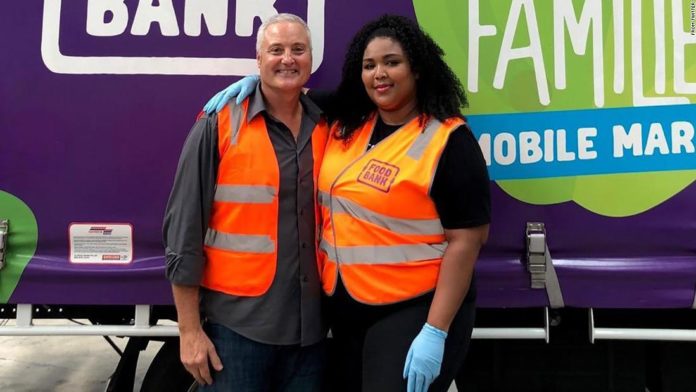 Foodbank Victoria shared the news Wednesday on their Facebook page.
“We had the one and only Lizzo helping us sort and pack hampers in the warehouse today!,” the Facebook posting read.
“If you’d like to join Lizzo in supporting the bushfire crisis, you can click the link below to donate.”
The singer also used her Instagram stories to talk about what she said is a “global crisis.”
“I don’t want to politicize anything,” she said. “This isn’t a political issue at this point, this is a human issue. The CO2 emissions that are being created by this fire are staggering and it affects the world.”
Stars have rallied around Australia in the midst of the bushfires.
Several celebs mentioned the crisis during Sunday’s Golden Globes and singer Elton John announced that he is donating $1 million to a relief fund.