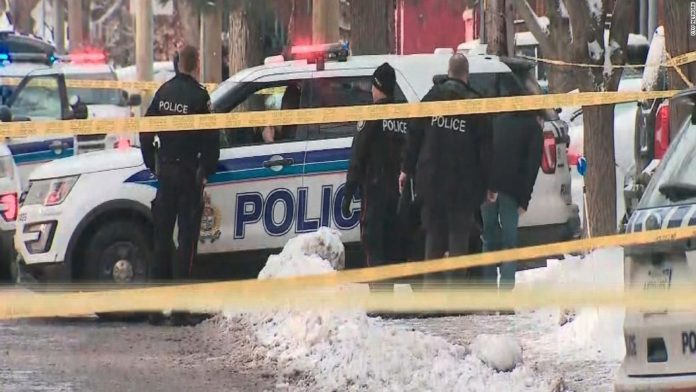 Police tweeted they believe the shooting was targeted. They’ve given no description of the suspect.
This is not considered an active-shooter situation, police said in a statement. They’ve urged residents to avoid the area.
Officers responded to a call of shots fired downtown shortly after 7:30 a.m., Ottawa Police Acting Inspector Francois D’aoust told reporters.
They found four victims with gunshot wounds at a home. One person died at the scene.
One victim is a 15-year-old boy, Children’s Hospital of Eastern Ontario tweeted. He is in stable condition at the hospital.
The other two victims are in critical condition at The Ottawa Hospital, spokeswoman Michaela Schreiter told CNN.
Anyone with information about the incident or suspect are asked to contact the Major Crime Unit of Ottawa Police Service or call 613-236-1222, extension 5493.

Including the four on Wednesday, six people have been shot in the city during the first week of 2020, Police Chief Peter Sloly said.
“Street violence and firearms crimes in this and all cities are complex issues that will not be addressed by quick fix reactionary activities,” he tweeted.
In the next week, police will announce an “enhanced overall strategy” with long-term plans to address crime and community safety, Sloly said.