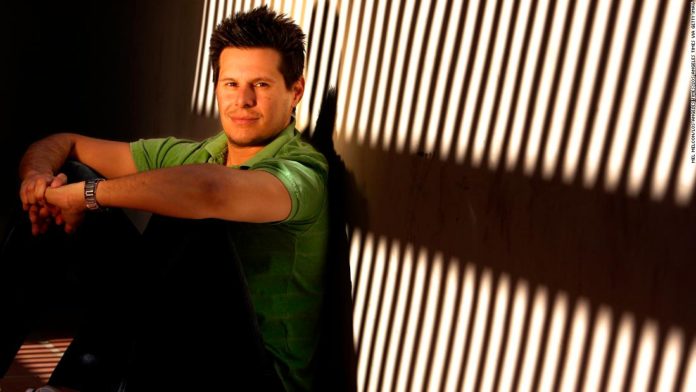 He was 45.
“It is with great sadness that we announce the passing of our dear brother and son, Silvio Horta,” the statement from his mother Anna and sister Hilda Horta read. “Through his friendships, his love and his work in TV and films, Silvio touched the lives of millions.”
“Silvio had an ongoing struggle with addiction and depression, but through it all, he always found a way to turn his struggle into laughter,” the statement continued. “He was a kind and beautiful man. He may be gone but his light will shine on.”
Horta died by suicide, according to the Miami-Dade Medical Examiner.
“Ugly Betty” star America Ferrera paid tribute to Horta on Tuesday.
“I’m stunned and heartbroken to hear the devastating news of Ugly Betty creator, Silvio Horta’s death,” she wrote in a caption of a photo showing her with Horta and “Ugly Betty” producer Salma Hayek after a win at the Golden Globes. “His talent and creativity brought me and so many others such joy & light. I’m thinking of his family and loved ones who must be in so much pain right now — and of the whole Ugly Betty family who feel this loss so deeply.”
In 2007, Horta was nominated for an Emmy Award in the outstanding comedy series category for “Ugly Betty,” which aired on ABC from 2006 to 2010. The show was an adaptation of the Colombian telenovela, “Yo Soy Betty, La Fea.”
“Ugly Betty” won multiple awards, including a 2007 Emmy for Ferrera for outstanding lead actress in a comedy series, and a best television series — comedy or musical Golden Globe in 2006.
In a 2013 interview with the Television Academy Foundation, Horta said he believed his show’s legacy would be “bringing a unique, diverse face to television” as well as highlighting social issues.
“I think bringing social issues, integrating them as part of general entertainment — especially comedic story lines — in a way that hasn’t been done since those Normal Lear shows.”
Horta was also known for his work as a writer on the horror movie “Urban Legend” and TV series “The Chronicle” and “Jake 2.0.”
A service will be held in Miami, with a memorial service to be announced in Los Angeles, according to the family’s statement.

CNN’s Sarah Moon and Tina Burnside contributed to this report