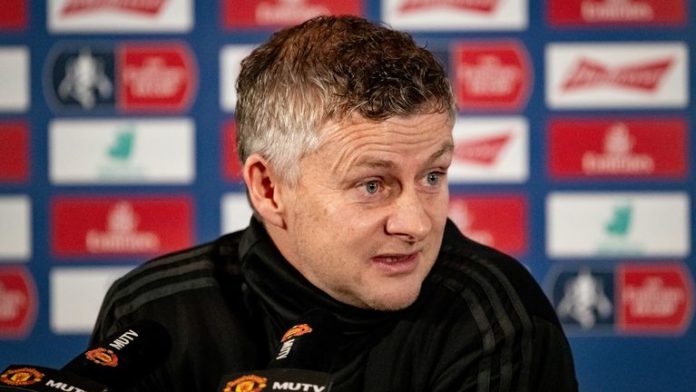 No official confirmation from Manchester United on a return date for England international; Utd face Liverpool on Jan 19, live on Sky Sports

Manchester United defender Harry Maguire is set for a spell on the sidelines with a hip injury.

The centre-back missed the 3-1 home derby defeat to Manchester City in the first leg of the Carabao Cup semi-final on Tuesday night.

It was originally thought Maguire’s issue was a foot problem sustained in the goalless FA Cup draw at Wolves. There has been no official confirmation from United on a return date for the England international.

Maguire, who has often captained the team this season, is not expected to feature in Saturday’s Premier League match against bottom club Norwich.

Given United’s key run of fixtures coming up – which includes a trip to Premier League leaders Liverpool on January 19 – an extended absence for Maguire would represent a significant blow.

When addressing the issue following the defeat by City, United manager Ole Gunnar Solskjaer had been optimistic Maguire would not be out for long.

“We don’t know (about Maguire),” Solskjaer said. “He’s not going to be long term, but I don’t think he’ll be ready for the weekend, but let’s see.”

Phil Jones, meanwhile, is expected to shake off a bout of cramp to be available against Norwich if needed.

“It’s his first 90 minutes for a while (since October) and he came through it,” Solskjaer added.

Maguire’s hip problem adds to United’s growing injury list, as Paul Pogba will be out for around four weeks after ankle surgery, while Scott McTominay is also sidelined with a right knee issue.