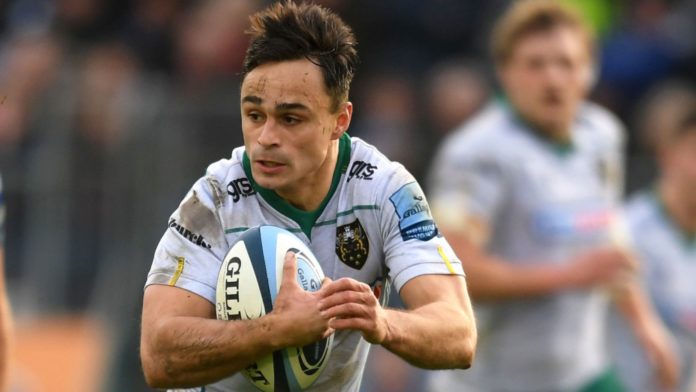 Northampton winger Tom Collins has been given a two-week suspension for his sending off in last weekend’s Premiership win over Wasps.

Collins was dismissed after an aerial challenge with fly-half Jacob Umaga in the 65th minute on Sunday at the Ricoh Arena.

Both players received lengthy medical treatment following the collision before Collins was given his marching orders.

Collins will now miss his side’s Heineken Champions Cup matches against Benetton and Lyon but is is free to play again for the Saints on January 21.

“The panel found that the player’s actions were reckless in that he failed in his duty to protect the player in the air,” said independent panel chair Matthew Weaver following Wednesday’s disciplinary hearing.

“They accepted that there was no intent to cause any harm and the player was immediately remorseful for the injury sustained by Jacob Umaga.”