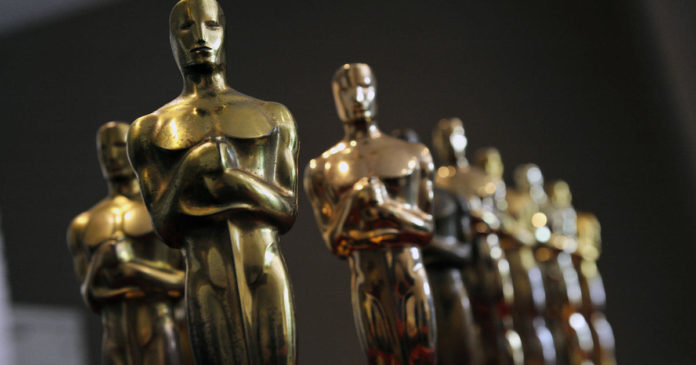 For the second consecutive year, the Academy Awards ceremony will not have a TV host. The broadcast will focus on “huge entertainment value, big musical numbers, big comedy and star power,” according to ABC, the television network airing the award show.

“Let me confirm it now, together with the Academy, that there will be no traditional host this year,” announced ABC Entertainment president Karey Burke at the Television Critics Association’s winter press tour on Wednesday.

When asked why the Academy decided to go hostless again, Burke noted that the nominees will carry the show. “We expect that we’re going to have a very commercial set of nominations and a lot of incredible elements have come together that make us think we are going to have a very entertaining show again,” said Burke, according to Entertainment Tonight.

Last year’s award ceremony was to be hosted by Kevin Hart, however the “Jumanji” actor and comedian decided to step down days following the announcement after old, homophobic tweets of his resurfaced.

“I have made the choice to step down from hosting this year’s Oscar’s,” Hart posted on Twitter at the time. “This is because I do not want to be a distraction on a night that should be celebrated by so many amazing talented artists. I sincerely apologize to the LGBTQ community for my insensitive words from my past.”

Oscar nominations will be revealed the morning of January 13. The 2020 Academy Awards will air February 9 on ABC at 8 p.m. ET.

Some 29.6 million people watched 2019’s Oscar broadcast, the second-smallest audience in Oscars history, but 12% more than in 2018, which ended a four-year-slide in viewership, according to The Associated Press.