Home Culture ‘thirtysomething’ may be revived by ABC 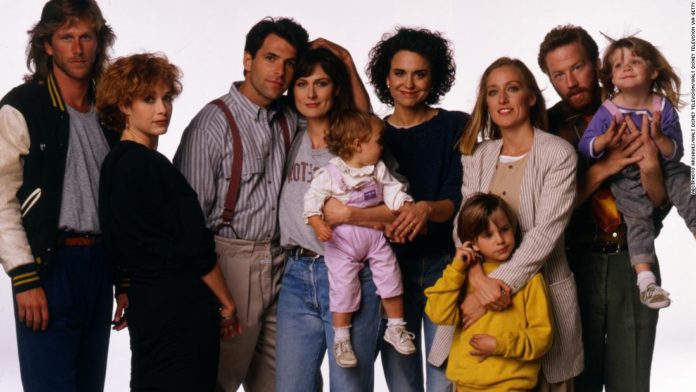 The network on Wednesday announced it has ordered a pilot for “thirtysomething(else),” a continuation of the series that ended almost 30 years ago.
Original co-creators Marshall Herskovitz and Edward Zwick will helm the new project.
The show will follow an ensemble of new faces playing the grown-up, 30-something children of the original cast, who is set to return. Those actors include Ken Olin, Mel Harris, Timothy Busfield and Patty Wettig.
“What Ed and Marshall are writing to is the huge sea change in just one generation of what that moniker actually means,” ABC Entertainment president Karey Burke told reporters.
The original series, which centered on an ensemble of people from the baby boomer generation, ran from 1987-1991 and won 13 Emmy Awards and two Golden Globes.
The pilot will be in contention for the fall 2020 TV season, Burke added.
Networks typically announce their new fall series in and around May ahead of the annual network Upfronts presentations to advertisers in New York.