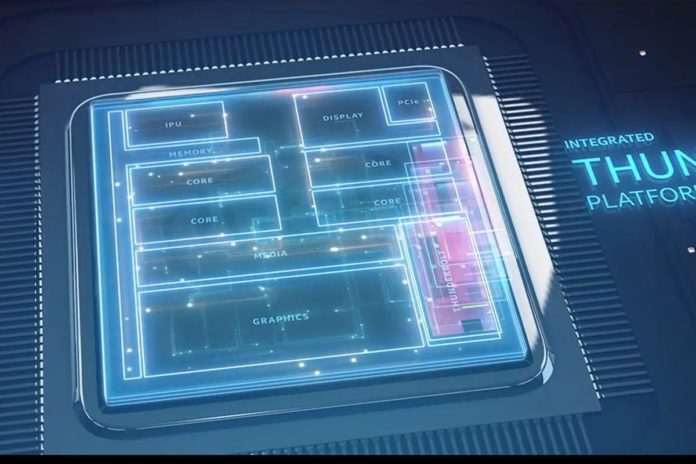 One of the key features of Intel’s upcoming “Tiger Lake” processor, the next-gen Thunderbolt 4, may not be as evolutionary as the name implies.

To begin with, Intel didn’t reveal all that much about the new “Tiger Lake” chip, due to ship sometime “this year.” The new chip will deliver “double-digit” performance gains—though over exactly what, we don’t know—as well as a “huge leap” in graphics performance. Tiger Lake is also characterized as a “10nm+” chip.

The other feature, Thunderbolt 4, was characterized as “4X the performance of USB 3” in a promotional slide. But it appears that the new I/O spec isn’t as fresh as its title would imply.

Part of the confusion should be assigned to the USB Implementor’s Forum, which last spring released a nearly inscrutable branding strategy. USB 3.0 and USB 3.1 were renamed to USB 3.2, and assigned “generational” or “Gen” names to try and differentiate them from one another. (Today, the USB-IF reversed course and outlined an entirely new USB branding scheme that’s a little clearer.)

Essentially, the use of “USB 3” gives Intel some rather broad leeway into what, exactly, it’s referring to in making its performance comparison. What was originally, colloquially called “USB 3.0” transfers data at 5Gbps. Subsequent generations transfer data at 10Gbps (USB 3.1) and 20Gbps (USB 3.2). Under the new branding scheme, the most up-to-date 20Gbps USB spec is currently known as USB 3.2 Gen 2×2.

So what exactly is Thunderbolt 4? Intel’s still not saying an awful lot.

“Thunderbolt 4 continues Intel leadership in providing exceptional performance, ease of use and quality for USB-C connector-based products,” it said. “It standardizes PC platform requirements and adds the latest Thunderbolt innovations. Thunderbolt 4 is based on open standards and is backwards compatible with Thunderbolt 3. We will have more details to share about Thunderbolt 4 at a later date.”

Not really. And when PCWorld asked for clarification, Intel merely replied that “more details on Thunderbolt 4 will come at a later date.”

The bottom line? Who knows. Intel hasn’t done itself any favors here, and right now there’s not a lot to go on where either Tiger Lake or Thunderbolt 4 is concerned.