Home Culture RuPaul on drag and his new Netflix series 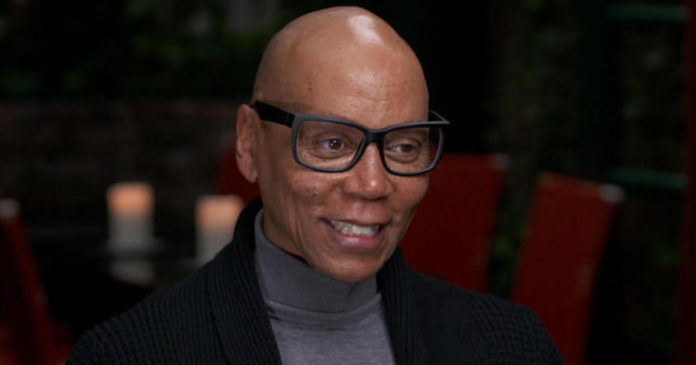 Throughout his nearly three-decade career, RuPaul Charles has had many titles, including drag queen, TV host, author and businessman. But the one he wants people to know is “hustler.”

“The only one the world should know is, ‘I’m a hustler, baby,'” he told CBS News correspondent Vladimir Duthiers. “Even as a kid, I felt like the boy who fell to Earth. And I thought, ‘OK, let’s do this thing’ … Good, bad, ugly, indifferent? Let’s do it all.”

RuPaul’s career spans music, talk shows, movies and TV series, including hosting a decade-long reality TV show. He’s also the first drag queen to get a star on the Hollywood Walk of Fame.

Now he’s the lead on the Netflix show “AJ and the Queen,” a serious turn for an entertainer known for his fun, over-the-top personality.

“For so many years in this business … I had to push the emotions way down,” RuPaul said. “This role calls on me to bring those emotions up and be vulnerable.”

In the show, his character travels across the country with 10-year-old stowaway AJ, played by Izzy G.

“After we finished filming, I could still feel her right here,” RuPaul said. “I use that as a way to re-parent the 10-year-old in me. … Sometimes, you know, I may get down on myself, and I’ll think, ‘You’re taking care of Izzy G. You’re taking care of little Ru right now.”

RuPaul grew up in San Diego with three sisters. His parents, who he described as “hillbillies,” divorced when he was 7 years old. He recalled his mom threatening to set their house on fire during a fight with his dad.

“She had poured gasoline all over my father’s car,” he said. “She said, ‘I will light this up.'”

When he looks back at that time, he said he sees “the whole scene as if I’m as a camera outside of my body, looking at my sisters and I, looking at the scene.”

“I don’t remember getting back into my body until many years later, until actually, I got sober,” he said. In 1999, he took a break from show business and quit smoking and drinking.

“What did you feel needed repairing?” Duthiers asked.

“I needed to get back to myself,” RuPaul said. “I had barbecues and game nights. I got to know my nieces and nephews, reconnected with just everyday life.”

What he is doing now “would not have happened had I not done that,” he added.

Asked if he ever imagined the LGBTQ community and drag queens would be as accepted as they are today, RuPaul questioned if they actually are accepted.

“I don’t know how accepted it is,” he said. “At our core, we’re all really still the same. … We’re more polarized in our country than I think I’ve ever witnessed in my lifetime.”

He added that there’s “still a long way to go, and … it’s an emotional, personal struggle that each person has to make.”

Drag, RuPaul said, “makes a mockery of identity. Of, you know, synthetic femininity. … It’s there to remind culture, ‘Don’t take yourself too seriously, queen.'”

RuPaul said if he never did drag again, that would be fine.

“Drag is not my passion. My passion is being creative,” he said. “TV is the place for me, darling.”

“AJ and the Queen” will be on Netflix on Friday.