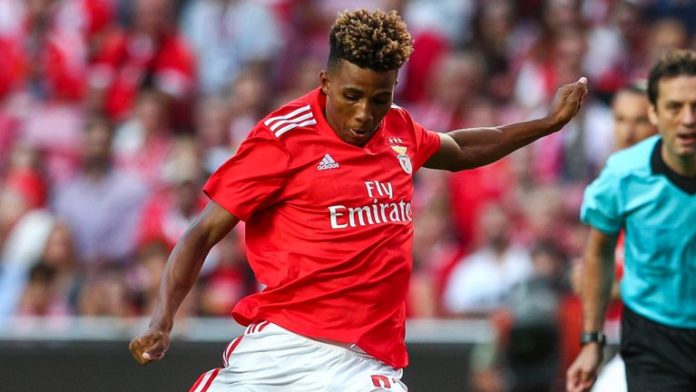 West Ham have made a revised offer for Benfica midfielder Gedson Fernandes, who is also attracting interest from Chelsea.

Benfica are believed to be leaning towards accepting the new deal, with the Portuguese club feeling Fernandes is more likely to maintain his value at West Ham where they feel he will get more first-team opportunities.

Benfica are due to hold a board meeting on Thursday to discuss the final conditions of the proposed deal for the young midfielder.

West Ham and Benfica have been in continued negotiations over the signing of Fernandes, with the Hammers’ initially offering an 18-month loan with an obligation to buy for £33m.

Sky Sports News understands Chelsea have also made an offer for Fernandes, which is believed to be an 18-month loan with an obligation to buy for £55m.

Chelsea’s offer for Fernandes is dependent on the Portugal international midfielder playing at least 50 per cent of games during his loan spell at Stamford Bridge.

The midfielder is believed to favour a move to the Premier League and his preferred destination is understood to be London for family reasons.

Fernandes’ release clause is £102m but Benfica have already conceded they will not get close to that figure for a player who is out of favour and is reported to have fallen out with head coach Bruno Lage.