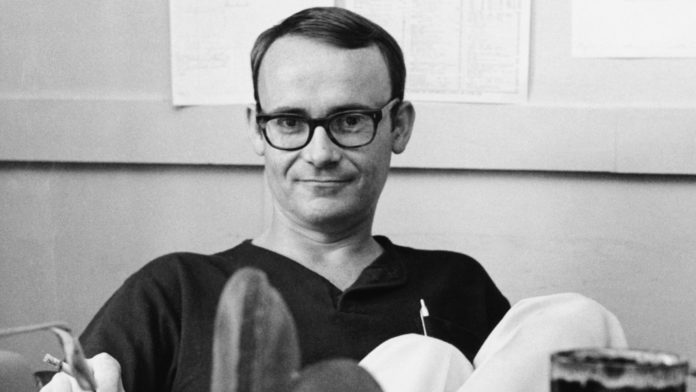 US screenwriter Buck Henry, known for his work on The Graduate and Get Smart, has died of a heart attack aged 89.

Henry, who was also an actor and director, was a regular face on US television when he hosted Saturday Night Live several times between 1976 and 1980.

He shared an Oscar nomination with Calder Willingham for their screenplay for the 1967 movie The Graduate.

Henry also received a shared Oscar nomination for best director for the 1978 film Heaven Can Wait, which he co-directed with the star of the movie Warren Beatty.

The two-time Oscar nominee, who was born in New York, won an Emmy in 1967 for the parody spy series Get Smart which he created with Mel Brooks.

The comedy show was driven by the popularity of the James Bond films and was a hit in the 1960s.

Henry moved his attention to the big screen during the 1970s and wrote adaptations for film versions of Catch-22 and The Owl And The Pussycat.

He was more recently known for co-writing the 2014 film The Last Act starring Al Pacino.

Henry also wrote the screenplay for the 1995 film To Die For starring Nicole Kidman and Joaquin Phoenix.

He had acting roles in some of the films he wrote for, having appeared as a room clerk in The Graduate and Colonel Korn in Catch-22.

Henry died at the Cedars-Sinai Health Center in Los Angeles with his wife Irene by his side.

The couple had no children.